Posted on Saturday 1 August 2015 by Gareth Prior

OK so its not really that lost – we know exactly where it is, at the back of the Seaton Tramway depot – but the latest tram to feature in our Lost Trams series is Seaton Tramway’s no. 7 which has spent the past eight years out of service with currently no plans in sight for it to carry passengers once again.

No. 7 dates from 1958 and was originally built for the Eastbourne line before Modern Electric Tramways made the move along the south coast to Devon. It was withdrawn from service at the end of 1969 to make this move and would not run for another seven years whilst the new tramway was established. Regauged, 7 first ran at Seaton in 1976 and remained as part of the operating fleet all the way until 2007 when a decision was made to once again withdraw the tram from service. At this point it was planned that the tram would be overhauled and returned to service and some work was undertaken but 7 has not seen any attention for a number of years and remains stored at the rear of Riverside Depot seemingly a long way away from a return to service. 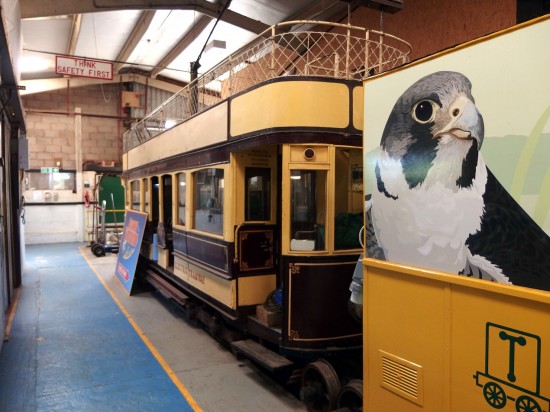 This view, taken on 21st July 2015, shows the tram looking forlorn at Riverside Depot blocked in and used as a store. Maybe one day it will once again carry passengers? (Photograph by Keith Chadbourne)