In Pictures: Blackpool’s B Fleet in service

Monday 20th & Tuesday 21st July saw the modified ‘B Fleet’ Balloon cars in use on the Blackpool tramway. Whilst these cars have made occasional guest appearances on heritage tour duties, this time they were being used as they were intended, for normal stage carriage work to boost capacity on the system, although unfortunately due to poor weather on both days they weren’t really needed.

On Monday 20th July, 700 operated on specials (normal passenger journeys not part of the core timetable), mainly working between Pleasure Beach and Little Bispham although unusually it terminated at North Pier on one southbound working early on in the day. A second tram was also allocated to specials on this day and this was Flexity 010 which ran to the same pattern as the double decker. The trams were used identically, picking up and dropping off passengers at the modern LRT tram stop platforms rather than the designated heritage tram stops.

The following day saw two trams allocated to specials once again but this time both were Balloons, with car 700 joined by 711. Again most of the day saw the duo working between Pleasure Beach and Little Bispham. It is pleasing to note that there were no reported problems on either day and the trams certainly seem to be running much more reliably than had been the case in the past – although in fairness 700 was always considered to be one of the more reliable of the modified Balloon cars.

It remains to be seen whether the B Fleet will become a regular sight in normal passenger service this summer, indeed their use or lack thereof will probably depend on the availability of extra staff. However, the willingness to use these trams in their proper role this year has been a pleasing development and hopefully they will ultimately find a meaningful role on the tramway alongside both light rail and heritage fleets, enabling passengers to enjoy an even greater variety of rolling stock for many years to come. 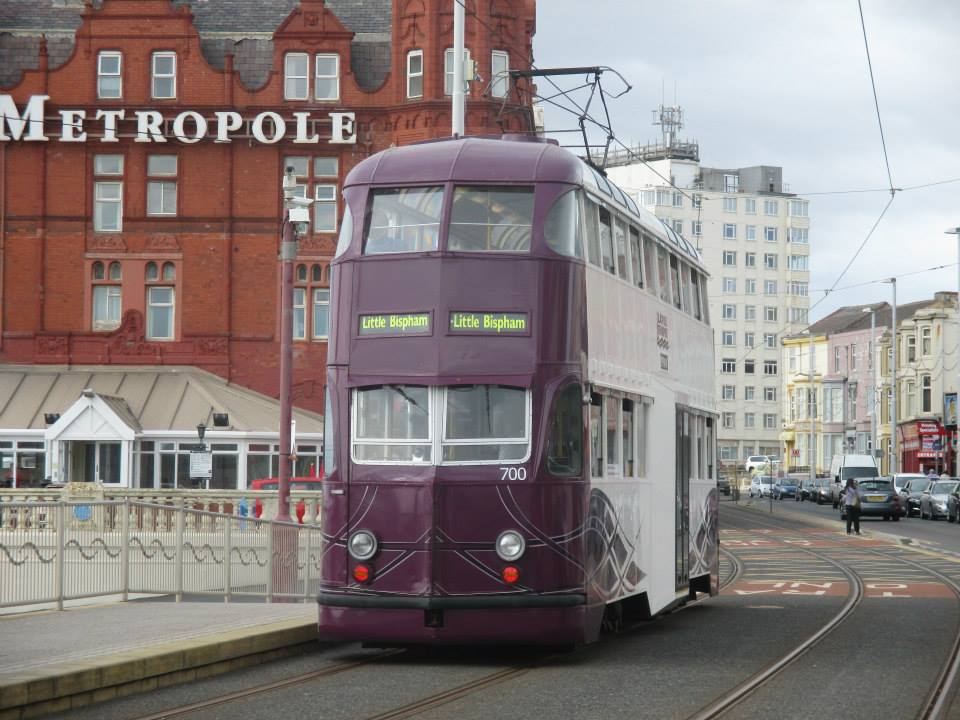 Balloon 700 passes the Metropole hotel on its way to Little Bispham whilst in service on Monday 20th July. 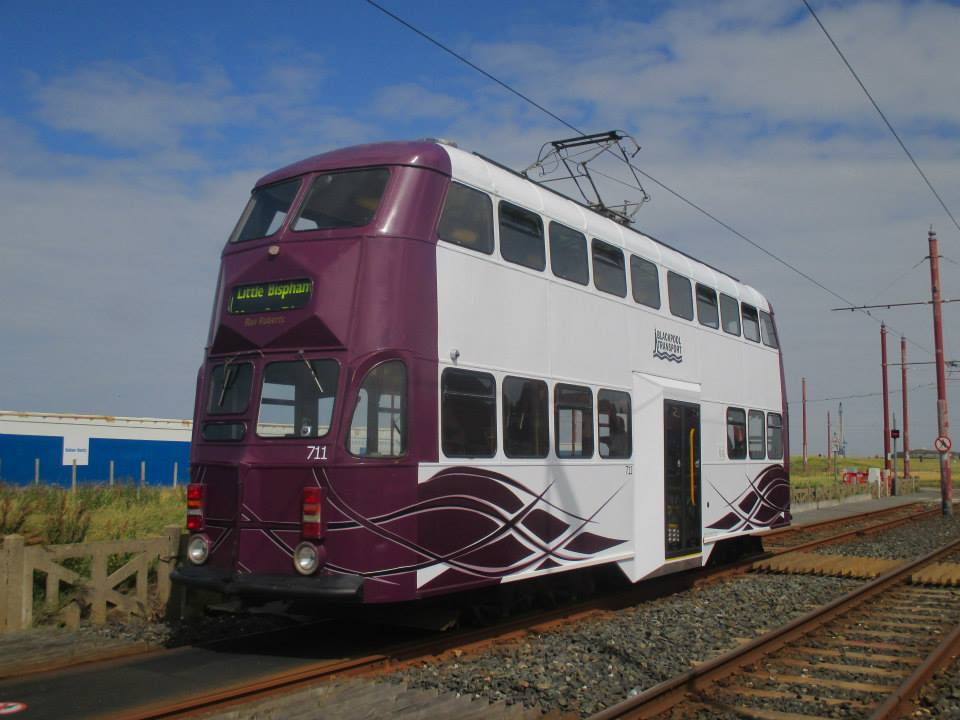 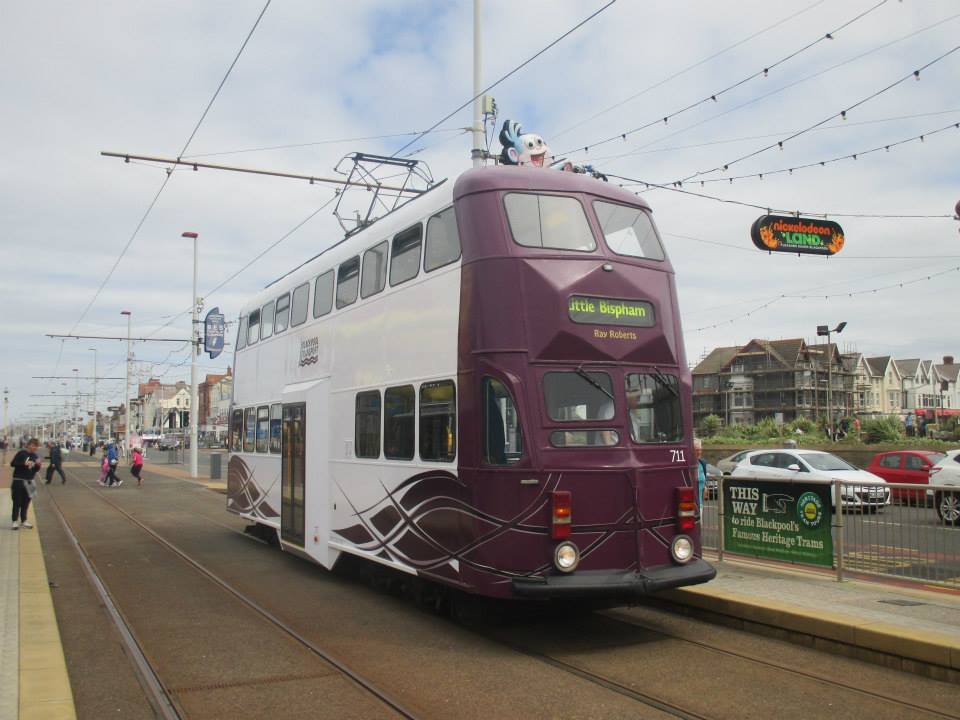 711 is seen again, this time at Pleasure Beach with the destination blind already changed ready for its next northbound trip. Note the large banner in place at the adjacent platform directing potential customers to the nearby heritage tram stop. 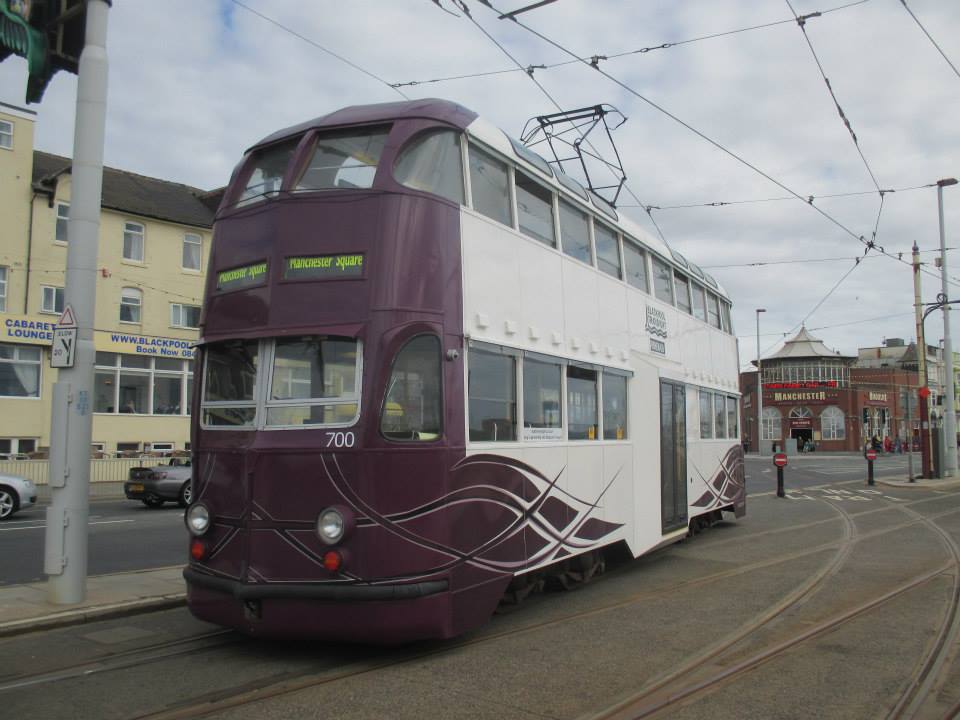 After an unusually busy few days, 700 is seen heading back to the depot at Manchester Square junction on 21st July. (Photos x 4 by Rob Bray)