Posted on Saturday 27 June 2015 by Gareth Prior

As expected Manchester Metrolink’s latest M5000 entered service on Saturday 27th June. After the launch ceremony at Trafford Depot the previous day 3100 was allocated to service on the Piccadilly to MediaCityUK circuit – one of the routes which is diagrammed using trams allocated to Trafford Depot which is where the tram now calls home. Who would have thought when Metrolink opened in 1992 that just 23 years later there would be a fleet of 100 trams – none of which were part of the fleet back then?! With thanks to Steve Kemp for the photos. 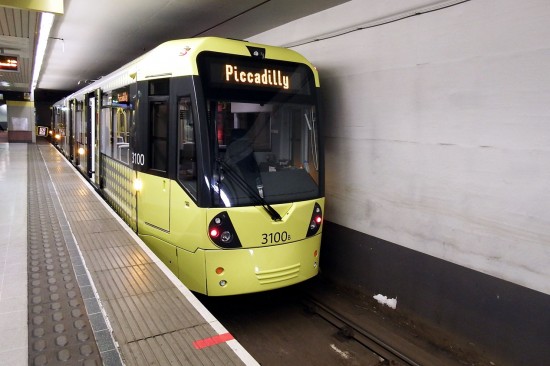 3100 at Piccadilly having just arrived with a service from MediaCityUK on 27th June - its first day in service. 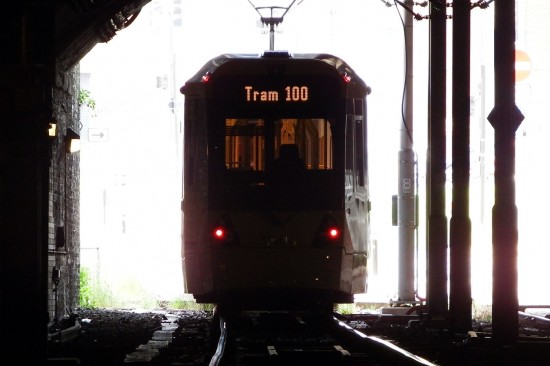 Looking through the undercroft at Piccadilly we see 3100 silhouetted with the destination display proudly displaying Tram 100. 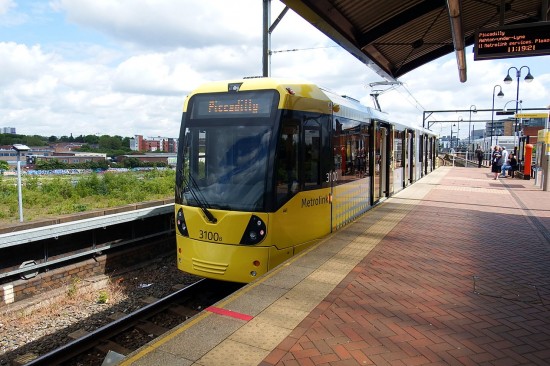 One final view of 3100 at Cornbrook whilst working back to Piccadilly. (All Photographs by Steve Kemp)