We head back to Sheffield for our latest “Picture in Time” feature as we show not one but two trams in action on the – by now – Stagecoach Supertram network in 2000.

This view on a wet day in 2000 at Cathedral shows 121 departing for Malin Bridge and 104 approaching on its way to Halfway, both Blue route services. This was the first of three Stagecoach liveries to be carried on the trams so far. 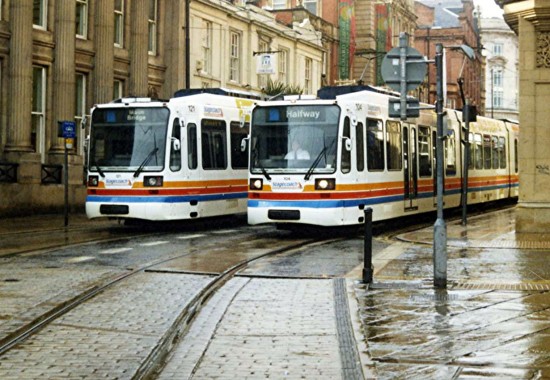