Since arriving in Croydon at the start of May little has been reported of 2560 which is the first of the second batch of Stadler Variobahn’s for operation on London Tramlink but after several weeks of commissioning the tram has now ventured onto the mainline for the start of the extensive testing process.

2560 has made several nocturnal trips away from Therapia Lane over the past few days with the Beckenham Junction and Elmers End branches seeing the tram being put through its paces. This is just the first stage of testing and mileage accumulation work for the tram which is still a while away from being accepted into the operational fleet on Tramlink but is at least a step in the right direction as London’s only tram system continues to expand its services. 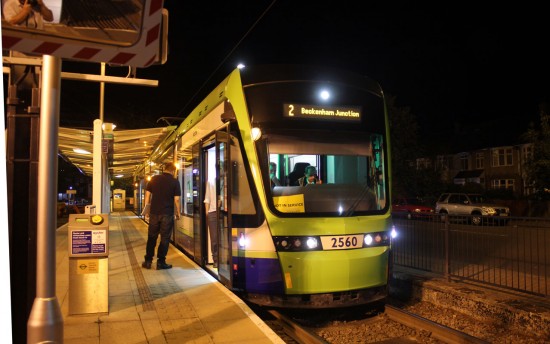 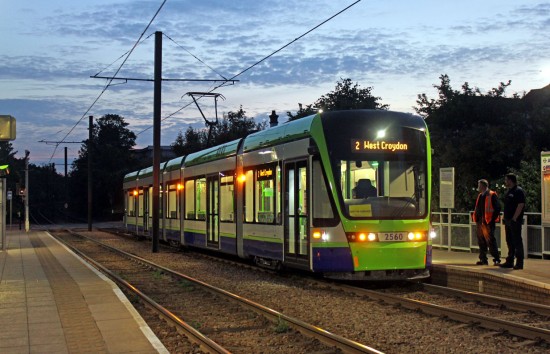 Dawn breaks at Addiscombe on 25th June as 2560 continues its testing. (Both Photographs by Ian Buck)