In Pictures: The Merseyside Four in Fleetwood

As reported on a couple of occasions earlier this week the four trams which had been stored in a yard in Knowsley made their return to the Fylde Coast this week having been purchased by a private individual. Brush cars 625 and 637 and Twin Trailer cars 681 and 687 were moved at the start of this week and are now to be found stored at Wyre Dock in the same compound as that leased by the Fleetwood Heritage Leisure Trust. These photos show the trams arriving at their new home and also have been offloaded and are provided courtesy of John Woodman.

Wyre Dock is currently home to 11 trams with these four joining Centenary cars 641 (undergoing cosmetic attention ahead of being displayed as part of the 2015 illuminations) and 643, Twin Car 673+683, Ex-Towing Railcoach 678 and Balloon cars 710 and 726. 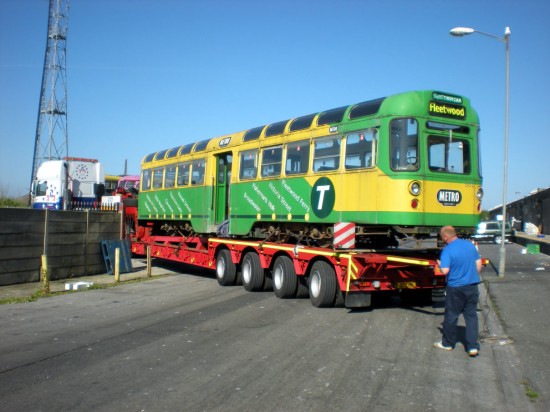 On 10th June the third of the trams to arrive in Fleetwood was Trailer 681 which is seen here swinging into the Dock. 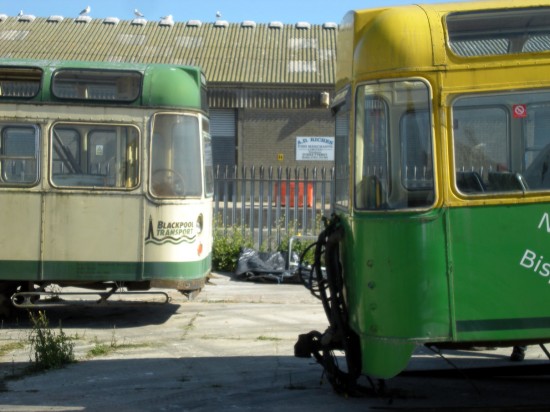 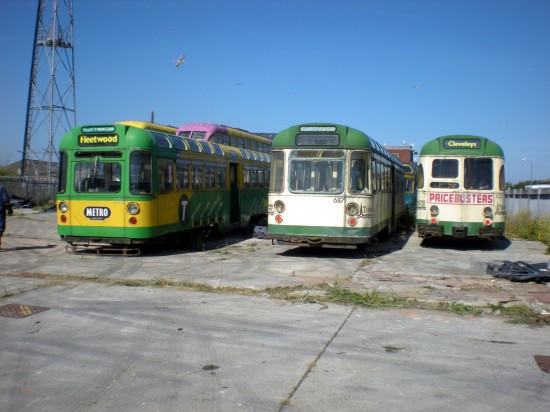 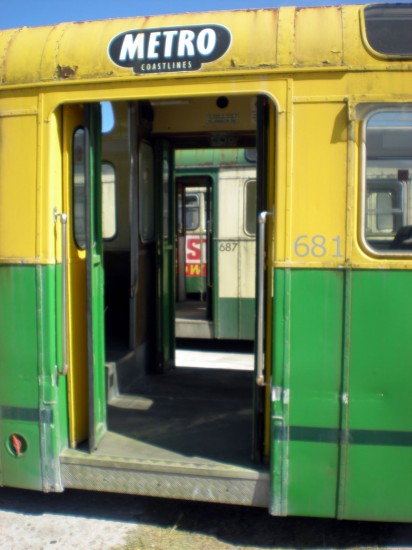 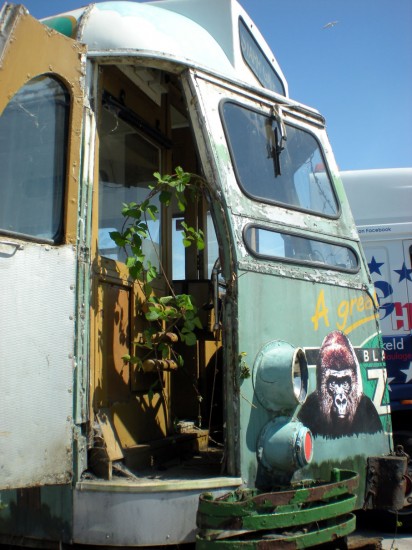 Brush 637 seems to have brought some tree with it back from Knowsley! At least there is somewhere for the gorilla to hide if it all gets too much! 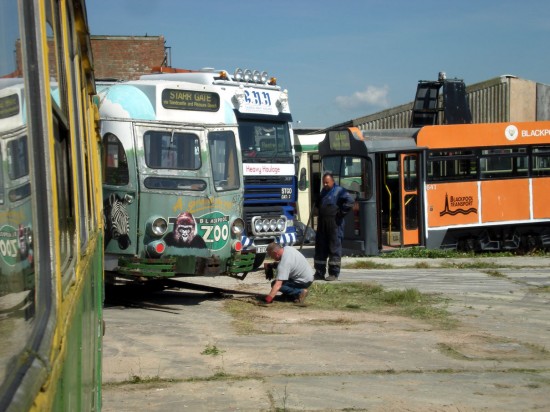 637 is unloaded. In the background can be seen Centenary 641 which has started to receive attention in preparation for its role as the Blackpool FC celebration tram during the 2015 Illuminations. (All Photographs by John Woodman)

13 Responses to In Pictures: The Merseyside Four in Fleetwood