In Pictures: More from Sheffield as the rail replacement works continue

The rail replacement works on Stagecoach Supertram have now moved on the area 7 which is again within Sheffield City Centre. Work started on 2nd June and is due to continue until 28th June with track being replaced around the Castle Square and Cathedral tramstops.

The track across the two High Street road crossings has already been replaced and attention has now been switched to the top of High Street and Church Street as the photos below show.

During this work trams on the Blue route run from Halfway to Fitzalan Square (including some wrong line running) and from Shalesmoor to Malin Bridge, with services on the Yellow route running from Meadowhall to Fitzalan Square (again with some wrong line running) and from the University of Sheffield to Middlewood. The Purple route is operating between Herdings Park and Sheffield Station (although after 1915 on Saturdays no trams will run between Gleadless Townend and Herdings Park). Replacement bus services are in action across all affected routes. 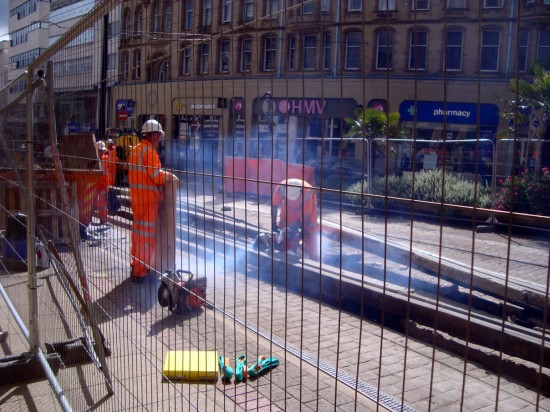 The scene at Cathedral on 9 June as work is underway. 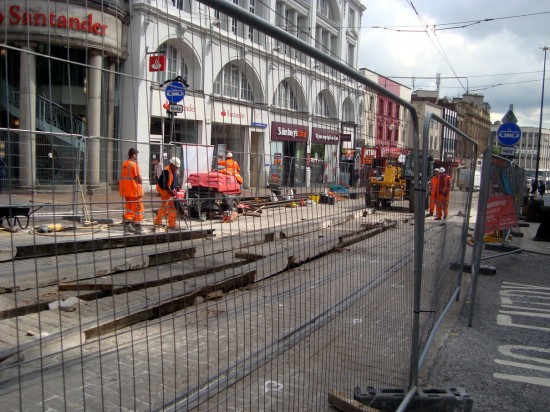 Looking down towards Castle Square again on 9th June. 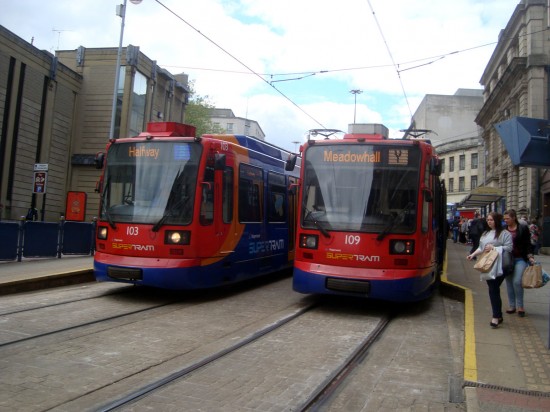 The scene at Fitzalan Square as 103 (on the Blue route) and 109 (on the Yellow route) wait at the temporary terminus. 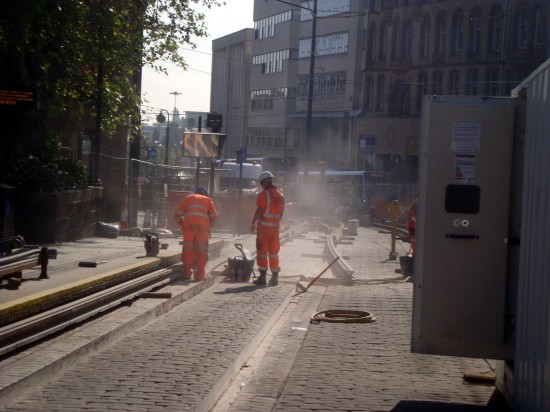 On 11th June and further progress is being made at Cathedral. (All Photographs by Stuart Cooke)