The much delayed rail replacement track between The Royal and Wolverhampton St George’s is continuing (rumours are that it will not be March at the earliest until Midland Metro services are able to resume into St George’s) with recent progress being made at the northern terminus of the route. The southern face of the island platform (the down side) has now seen the track relaid and paved with the associated trackwork on the lead to this also now in place. Meanwhile the northern platform has now seen the original track removed and attention is currently turned towards the trackbase. Photos provided by Michael Averill. 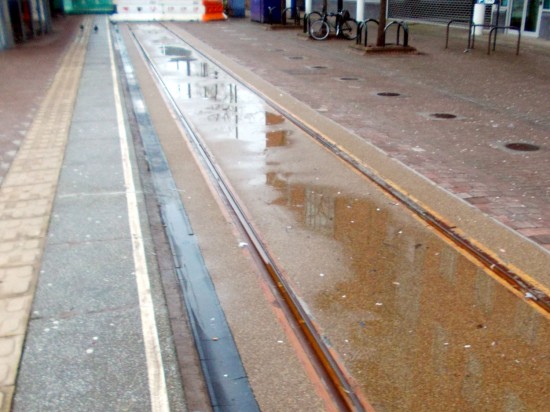 The southern platform face at Wolverhampton St George's has now had the track relaid and resurfaced as seen here on 3rd January 2015. 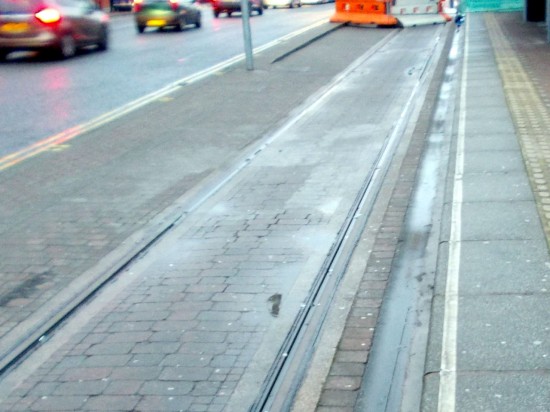 On 3rd January the other track at the terminus had not been attended to as seen here. Since this photo was taken the track has now been lifted. 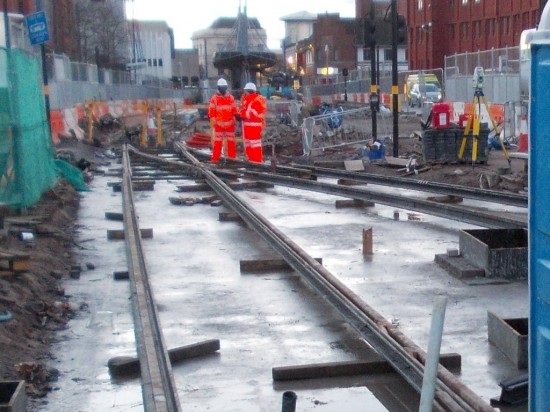 The down track on the approach to St George's on 17th January. 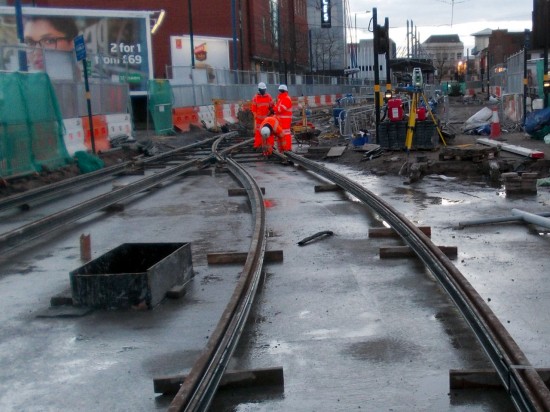 And on the same day this shows the current state of the up track leading to the terminus. (All Photos: Michael Averill)