2015 has started and despite rumours during last year that the T69s would all have been withdrawn by the start of the year with the Urbos 3s having completed their takeover Midland Metro services are still being dominated by the original Italian built vehicles with up to seven being out on a daily basis.

In the last few days of 2014 05 became the ninth T69 to be withdrawn from service meaning that more of the vehicles are now out of use than in use for the first time. 05 also becomes the second of the four trams which received the Network West Midlands livery to have been withdrawn with just 09 and 10 now remaining.

On Christmas Day those T69s which remain at Wednesbury were targeted by vandals who spray painted the trams with 09 and 12 being particularly badly affected. 12 suffered with an almost complete side sprayed and spent several days out of service whilst this was rectified. None of the trams which were affected ran in service with the graffiti in place.

On Saturday 27th December Urbos 3 24 failed at The Royal during mid morning with a problem which couldn’t be immediately fixed. Unfortunately it was not possible to return the tram back to Wednesbury until Monday 29th December – yes that’s right 24 remained at The Royal for two days! To make matters worse with the tram remaining at The Royal it was not possible to run services through to the temporary terminus and so for those two days services were again restricted to the Birmingham Snow Hill to Priestfield section.

Most days recently have seen a 7/3 split of T69s and Urbos 3s in service although there have been a few occasions when not enough serviceable vehicles have been available meaning that a 9 tram service (and on one occasion an 8 tram service) has operated. 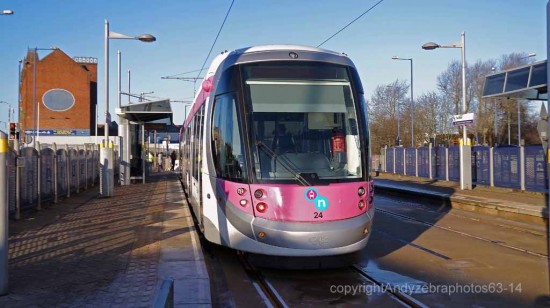 24 sits at The Royal on 29th December having sat in the same position for two days. 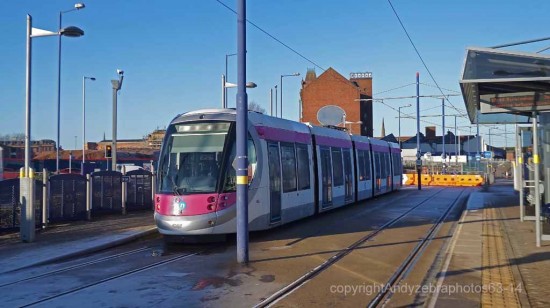 Another view of 24 at The Royal. 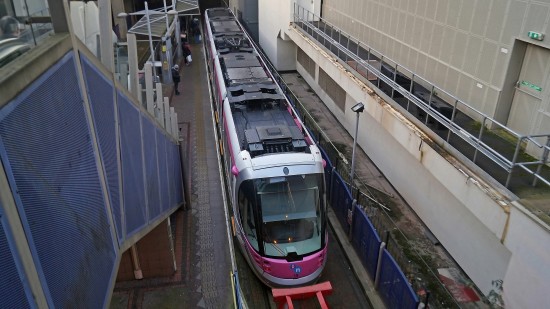 19 was also in the wars over the Christmas period. It is seen here at Birmingham Snow Hill having been taken out of service at The Hawthorns on 31st December 2014. (All Photos: Andy Walters)