Monday 3rd November was a momentous day for the North Eastern Electrical Traction Trust, as it was on this date that the last of their collection of historic Blackpool trams were moved into secure undercover accommodation. Both of the Balloon cars currently residing at the premises of the North East Land, Sea & Air Museum near Sunderland were moved inside the Trust’s new tram shed on November 3rd, ending a lengthy spell of outside storage for the two trams.

Although most of the NEETT collection were moved into the depot in May, Blackpool Balloon cars 708 and 721 had to remain outside due to an issue with the depot doors which prevented double deck cars from getting inside, with the exception of the illuminated Hovertram which was built to an unusual low-bridge design. However, following some adjustments, a lorry was booked to move the two Balloon cars the short distance into their new home, with 708 being moved first. By the end of the afternoon both were tucked up inside for the first time since leaving Blackpool, and thankfully meaning that neither will have to endure another winter at the mercy of the elements. The shed now contains two lines of Blackpool trams; one track contains single-deck cars 634, 674+684 and 647 whilst the other is home to 721, 708 and at the rear, Hovertram 735.

Restoration work on 721 has stalled recently due to the unexpected delays in getting the car moved inside, but hopefully this can now resume. Thoughts can also turn towards the even bigger task of restoring car 708 as an open-topper, but for now, the most important thing is that both trams should be protected and not suffer any further deterioration. 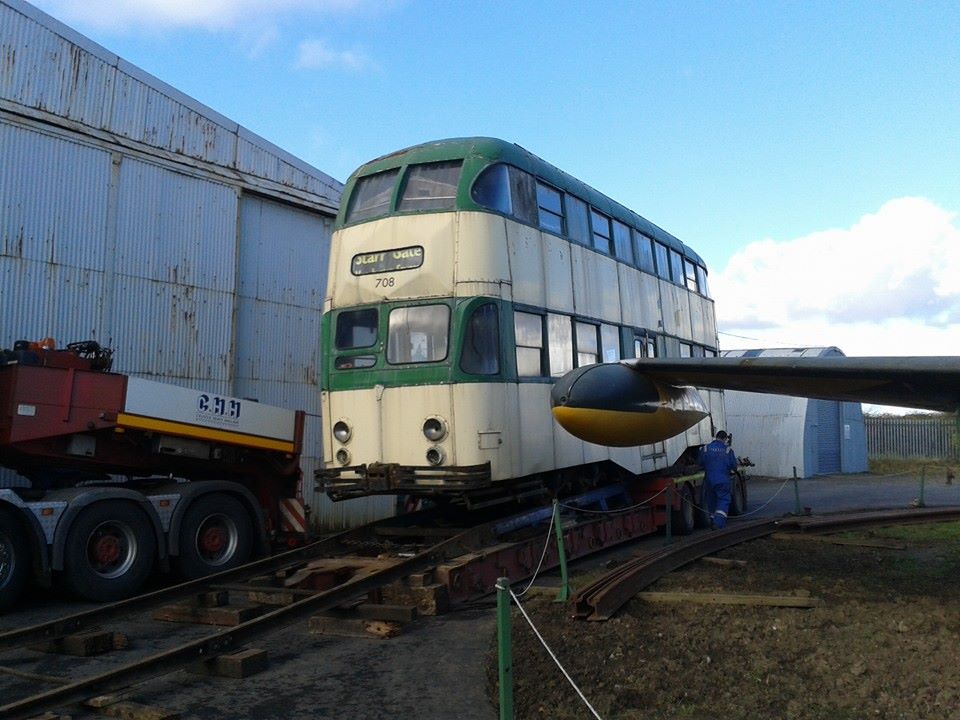 Blackpool Balloon 708 being loaded onto a lorry in order to be moved inside the NEETT tram shed, bringing to an end a lengthy period of storage outside for both this tram and sister car 721. (Photo by John Gilder)