An auspicious day for Liverpool 245

The long-awaited entry into public service of Liverpool 245, the sole survivor of the much admired ‘Baby Grand’ class of tramcar in the UK, took a step closer towards becoming a reality on Sunday 19th October. On this date, the tram undertook its first run along the full length of the Birkenhead heritage tramway, ahead of a more intensive programme of testing getting underway.

Previous trips with 245 had highlighted some problems with the controllers and there was also some concern regarding the performance of one of its motors, meaning that the car was unable to get over the hill and down to Woodside Ferry. During the morning of 19th October, a small team of volunteers consiting of Peter Price and Dave Evans from the Merseyside Tramway Preservation Society, joined by Bob Hill and Ian Wright from the Heaton Park Tramway inspected the wiring on the tram and found a potential issue with the ‘A’ end controller. Once a temporary repair had been effected, the ‘B’ controller also received some adjustments and as a result the tram then seemed to perform normally. This enabled 245 to be taken out for a proper test run later the same day, and to the relief of all present, this was a great success. The tram performed particularly well in terms of its acceleration from series to parallel notches, and the emergency brakes were also considered to perform well. The car coped admirably with the particularly tight curve approaching Woodside terminus, and all went sufficiently well for the tram to be approved for more serious running-in.

Over the past week further work has been carried out with both controllers being thoroughly cleaned and greased, and a new layer of anti-tracking paint was applied to the arc shields. 245 was then out on test again on Sunday 26th October, completing two more round trips of the line which went well apart from a minor issue with the compressor which was soon resolved. Even more excitingly, thanks to a request from one of the volunteer tram crews on the day, Liverpool 762 had been allocated to passenger service meaning that two Liverpool trams were running together for a short period – the first time this had occured since that city’s tram system was closed down in 1957! Naturally this was a momentous occasion for all who have worked so hard to restore 245 to operational condition, and after overcoming many unexpected additional hurdles in recent months, it is truly fantastic to see this stunning tramcar running again. Although no date has yet been announced for its public launch, whenever this does finally occur it will be another milestone day not just for the MTPS, but also for British tram preservation as a whole, marking the first ever operation of a Liverpool ‘Baby Grand’ in service on a museum tramway.

Thanks to John Hewitt for supplying the information and photographs contained in this article. 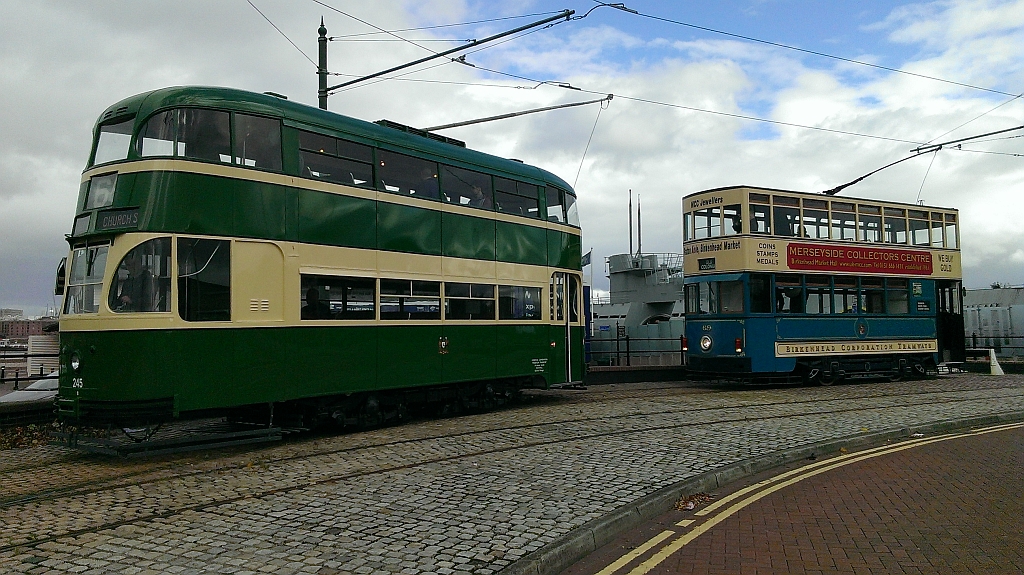 Liverpool 245 stands proudly at Woodside Ferry for the first time ever along with Hong Kong car 69 on 19th October; the occasion of its first trip along the entire length of the Birkenhead tramway. 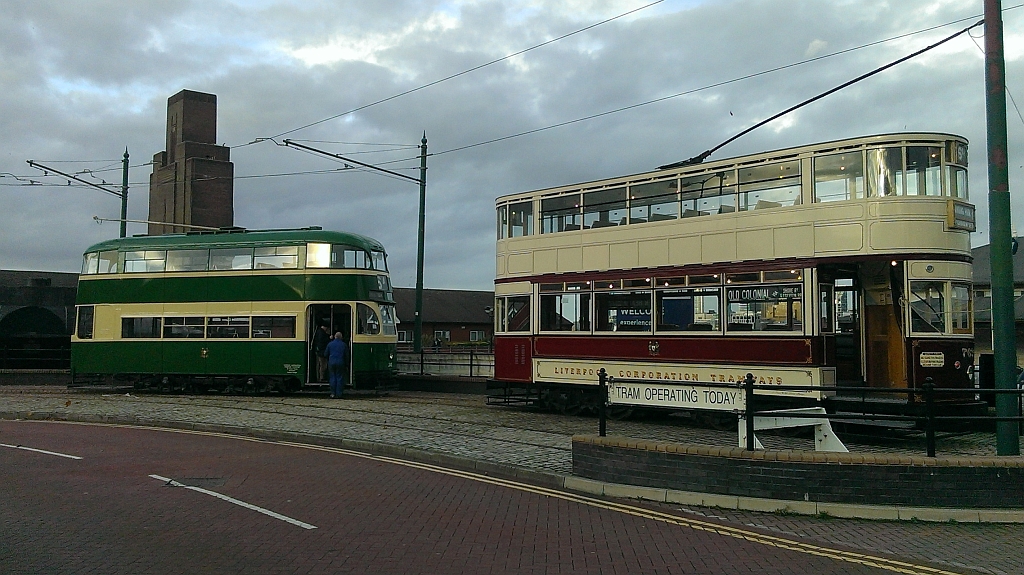 A sight to delight many tram enthusiasts, as Liverpool cars 245 and 762 stand together at Woodside for the very first time on 26th October. 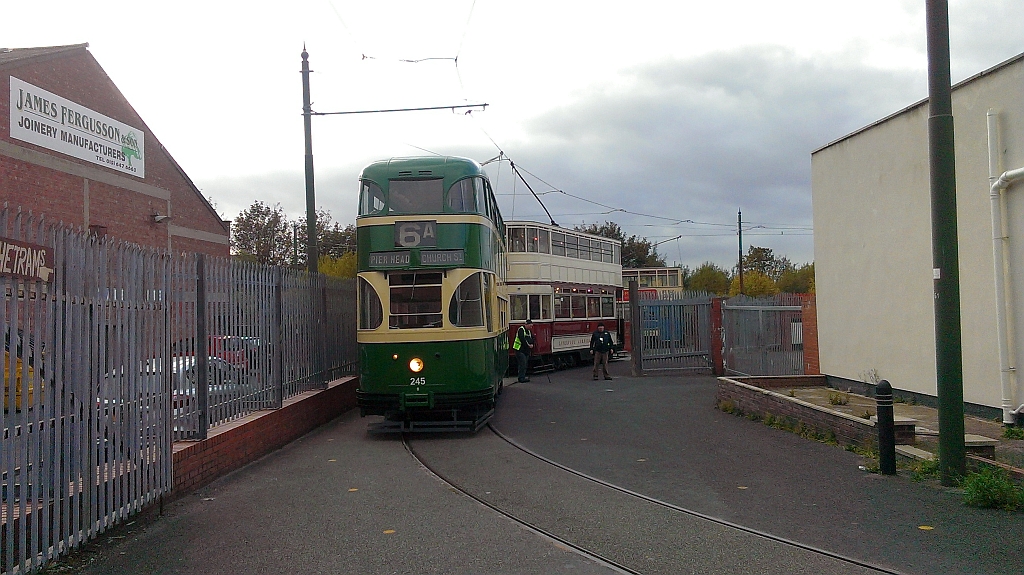 Another view of Liverpool 245 and 762 - this time the duo are seen together at the Pacific Road end of the Birkenhead tramway. 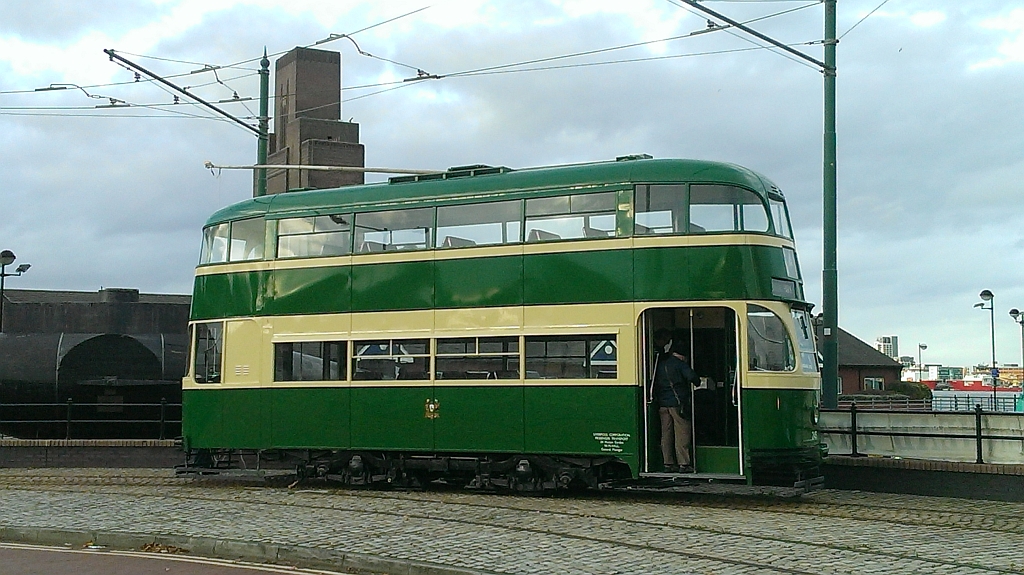 At last - Liverpool 245 at Woodside, again on October 26th during test running. (All photos by John Hewitt)

9 Responses to An auspicious day for Liverpool 245