This year’s Wirral Bus & Tram Show was held at Birkenhead on Sunday 5th October and, as usual, featured a superb selection of vintage vehicles on display whilst the Birkenhead tramway had four different trams operating in passenger service throughout the day. However, despite not being available for service, most attention seemed focussed on Liverpool ‘Baby Grand’ 245 which was prominently displayed to enable visitors to get a really good look at the tram for the first time since its major restoration.

The tram service was due to be operated by the usual four restored tramcars from the collection of the Merseyside Tramway Preservation Society, consisting of Birkenhead 20, Wallasey 78, Lisbon 730 and Liverpool 762. However, on the day 20 suffered from an air brake defect and so Hong Kong built car 69 took its place, although 20 was displayed outside at Taylor Street leaving this building empty of trams with the exception of long-term restoration project Warrington 2.

A second, more exciting tram was also posed for display with Liverpool 245 standing outside the Pacific Road building for the duration of the event, with visitors allowed to board the car and admire the outstanding quality of work which has transformed its interior from being derelict to looking immaculate. The opportunity was also taken to pose this stunning tram in a line with a number of historic Liverpool buses and a vintage tower wagon, all painted in matching green livery and the result was a fantastic photo opportunity which was caught on camera by a great many people. Horse car Liverpool 43 was also extracted from its regular position inside the Pacific Road shed for outdoor display, although disappointingly it was badly placed behind 245 making it difficult to photograph the two contrasting Liverpool cars together. However, the Liverpool line-up was still most impressive and it is hoped that other static displays such as this may feature at future events at Birkenhead. Despite the attendance being slightly lower than in previous years, those who did go have given high praise to the 2014 event and hopefully Liverpool 245 will be able to run at the 2015 Bus & Tram Show, which would doubtless give this popular event another welcome boost. 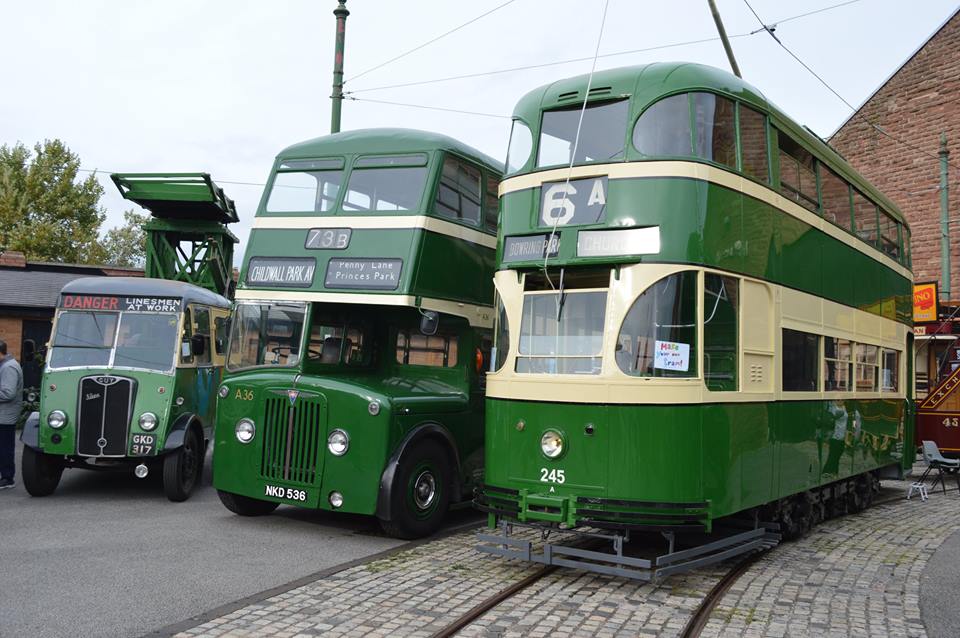 Despite being unable to carry passengers at this event, Liverpool 245 deservedly attracted much admiration at the 2014 Bus & Tram Show. Here it is pictiured on display with a vintage bus and a preserved Liverpool tower wagon. (Photo by Geoff Senior) 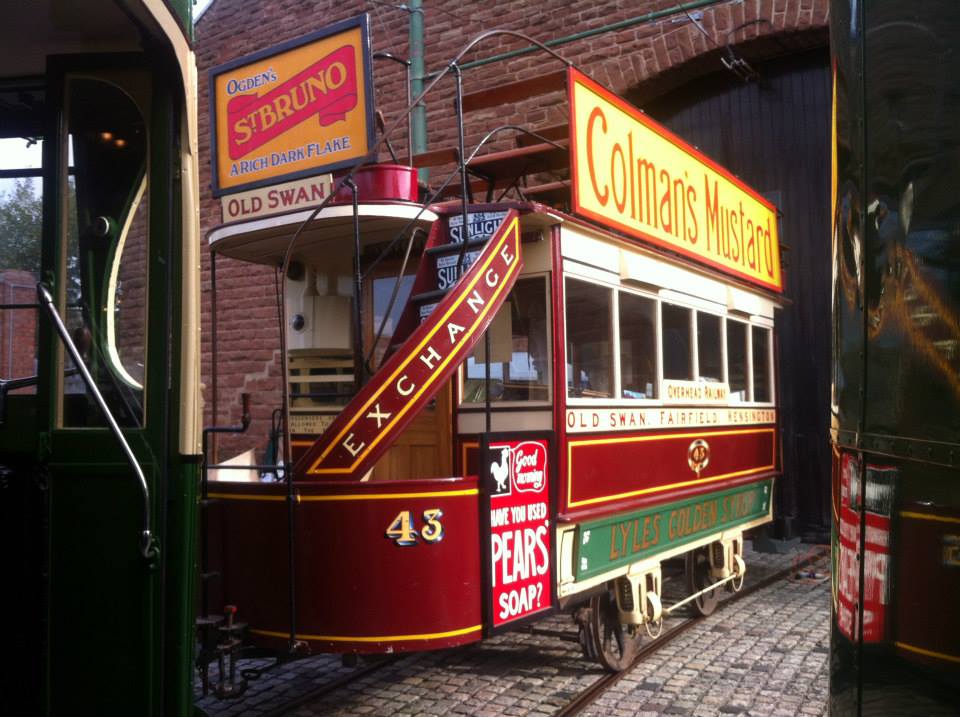 Partially hidden away behind 245, Liverpool horse car 43 also made a rare appearance outside the Pacific Road depot, as pictured here. (Photo by Chloe Pitcher)