‘Electric 50’ at Crich – Part 2: The Misadventures of Spongebob

At 1100 on Saturday 13th September, a large crowd gathered in the depot yard at Crich to witness the official launch into museum service of Blackpool 762 – the first of the Jubilee cars to ever run in passenger service away from Blackpool. Since arriving at Crich shortly after its withdrawal in 2011, a huge amount of work has been undertaken, not just on the tram itself, but also to prepare for its operation and the unfamiliar technology that it has introduced to the museum tramway. Its launch day was therefore a great occasion and something that many people had looked forward to for many months.

After 762 was driven out of the workshop to meet its admiring public, the usual speeches followed with thanks being given to everyone who had made 762‘s entry into service possible, including the workshop team, with particular reference to Peter Whiteley who has carried out much of the work on this tram, and was therefore its driver for this special occasion. Tramway Museum Society Chairman Colin Heaton also noted that, whilst the Jubilee car and its Pleasure Beach advertising livery with Spongebob Squarepants and other cartoon characters plastered over it have not met with universal approval in its new home, this tram means a lot to the younger generation, just as the museum’s founders had fond memories of many older cars in the collection in their natural habitat. After this, it was time for 762‘s first public run as a museum piece and unlike previous launch events when the inaugural journey has been reserved for invited guests, all visitors were free to board 762 for this historic event. Seeing visitors ‘pay on entry’ on such a modern vehicle with an old penny was certainly surreal! After acquiring a near full load, 762 set off from the depot fan and headed straight for Glory Mine, with its familiar squealing noises emitted from the chopper controls in evidence and bringing back some modern memories for many of the passengers on board.

Unfortunately, when the driver of 762 changed ends at Glory Mine, the tram refused to take power, and after some tinkering failed to rectify the situation, everyone was asked to alight. With three other trams having arrived by now, there were at least plenty of seats available for the stranded passengers, and these trams performed a fairly straightforward reverse move whilst the reversing stub was blocked. Soon afterwards, 762 was mobilised and it was then cautiously driven back to the depot yard for further examination. Sadly this would be the end of the car’s day in service – a great disappointment to those who had worked so hard to ready the tram for its big day, but a reminder of just how complex a tramcar 762 is.

The next tram I chose to sample was 711 as I had not yet sampled it in its temporary home. This was another very strange experience, especially hearing Bryan Lindop’s recorded voice announcing whenever the doors opened or closed – just like being in Blackpool! Despite this tram being one of the main attractions, I noticed that it appeared to be the least popular tram in service on this day with seats available when other trams were full to capacity. Although a novelty to enthusiasts, I can only assume that the general public prefer to ride on something that looks older when visiting a museum, although of course we must remember that 711 is by no means the newest tram to run at Crich this year!

As morning turned to afternoon, many of the service cars began to head back to the depot yard for crew breaks ahead of the afternoon’s spectacular cavalcade, featuring all of the 25 electric passenger trams currently available for service. By 1300 just a small handful of trams were left to maintain the service, and within half an hour the service had been suspended entirely to allow the procession to be formed. In fact preparations had been underway much earlier, with various trams being shunted around the depots to get them into position, resulting in some being stabled in very unusual locations. For example, some trolley-fitted cars were stashed on depot road 5 which is normally home to trams fitted with pantographs, resulting in some sparks and flashes from the trolley heads. Newcastle 102 also remained on display on the traverser following its morning appearance with Leeds 180 parked in front, whilst Newcastle 114 was placed inside the workshop. As trams began to set off from the depot fan and be dispatched to various different locations along the line to form the cavalcade, hundreds of onlookers lined the tramway with cameras, poised and ready for the most impressive line-up of trams ever seen in any British museum. 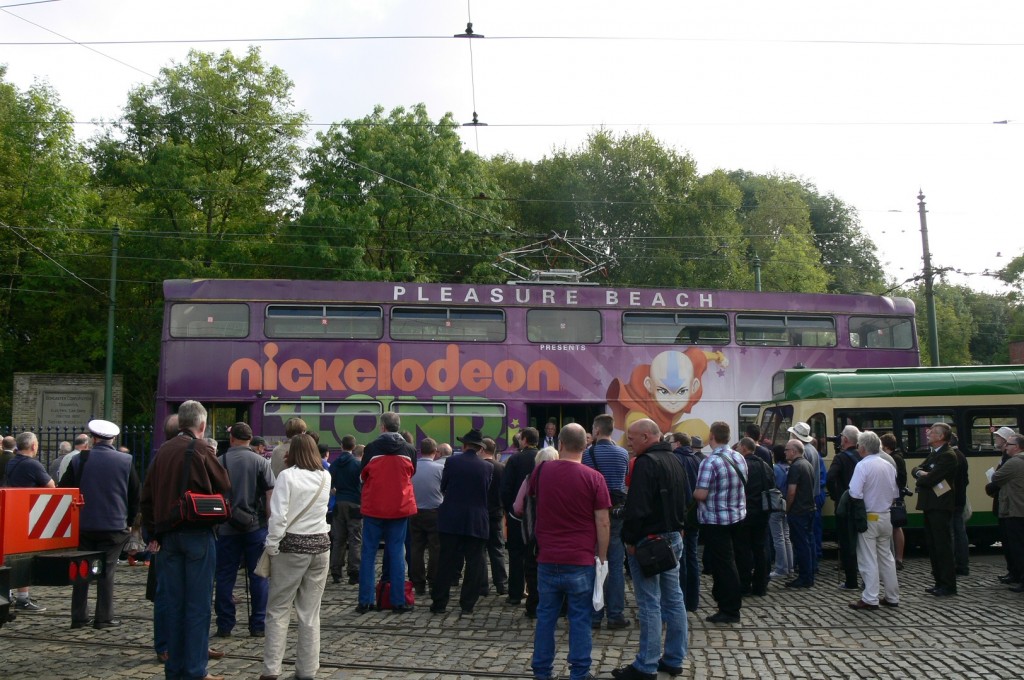 The launch of Blackpool 762 with a large crowd of people waiting to board the car for its first passenger journey at Crich. Also visible is Brush car 630 which was posed in front of the workshop. 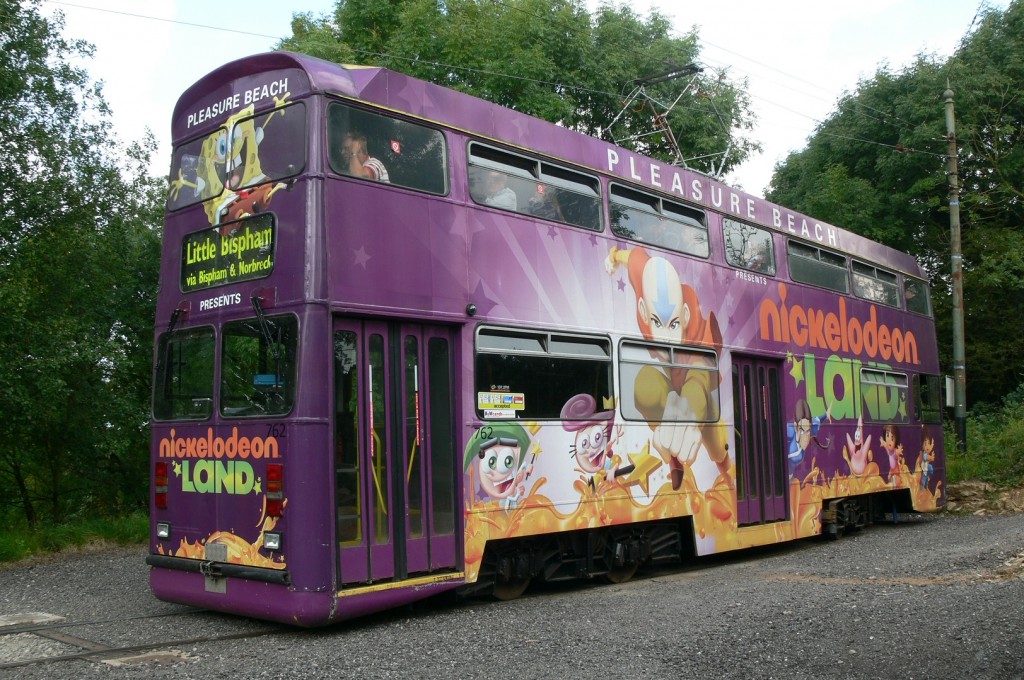 762 stands proudly at Glory Mine during its first passenger journey in preservation, and shortly before it sadly failed. (Photos by Andrew Waddington)

2 Responses to ‘Electric 50’ at Crich – Part 2: The Misadventures of Spongebob