NEETT put on a good show despite the storms

The second annual ‘Trams & Transport Sunday’ at the North East Land, Sea & Air Museum in Sunderland was held on Sunday 10th August, and built on the success of last year’s inaugural event with a much wider range of attractions for visitors to enjoy. The weather had threatened to spoil the day with a dismal forecast, but as it turned out the predicted rain did not arrive until mid-afternoon, and a healthy number of people came to enjoy the event.

The star attractions this year were the two latest additions to the North Eastern Electrical Traction Trust’s impressive collection of Blackpool trams – privately owned Brush Railcoach 634 and the illuminated Hovertram 735. Both trams were prominently displayed during the day, with 634 standing outside whilst 735 was peeking out of the tram shed until it was pushed back inside when the weather took a turn for the worse later on in the afternoon. The Brush car looked particularly inviting with its headlamps lit and visitors were permitted to board and view the superbly restored interior, complete with its glorious varnished woodwork and other traditional features. The Hovertram is looking rather less pristine at the moment, although since arriving at its new home it has benefited from some cosmetic work, including replacement of some of its plywood bodyside panels which had been damaged over the years. Although the depot itself was roped off to visitors, the trams which are now residing within – Centenary car 647 and Twin set 674+684 – could be seen from outside, and the other three trams on site which are still exposed to the elements at present were also on display.

This year’s event had a much broader appeal with numerous vintage vehicles being exhibited on the site, including cars, buses and commercial vehicles, whilst one of the hangars at the museum contained some working model tramway layouts. The way this event has expanded in just one year is very impressive and shows how NEETT are already well on their way towards becoming a well respected and progressive preservation group, with a lot of positive developments occuring within a remarkably short space of time. Hopefully next year’s event will be blessed with better weather though! 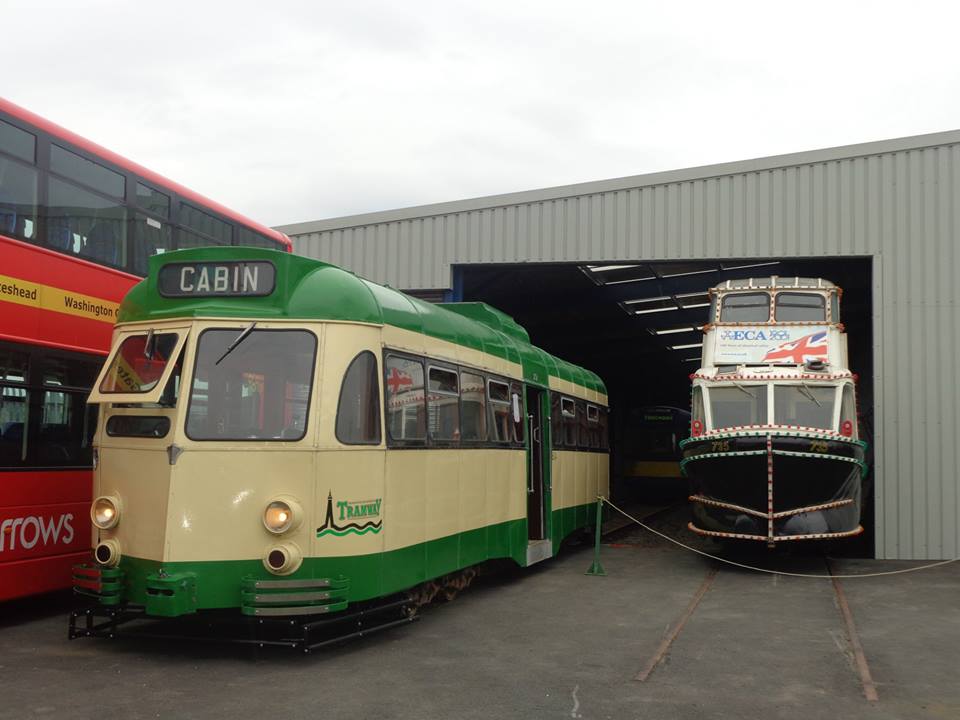