In just a few short weeks, there have been some great surprises on the Blackpool tramway already in 2012 – but quite possibly the highlight of the year so far occured on Monday 30th April, when Blackpool & Fleetwood ‘Box’ car 40 performed a private hire which took the 98-year old tram to Fleetwood Ferry for the first time since November 2009!

Not only was this an extremely significant working for car 40, but it was also noteworthy as 40 duly became the first of the genuine heritage tram fleet to run to Fleetwood since 2009. The tram was hired by the ‘Friends of 40’, a group of enthusiasts who have previously supported the operation of this tram in Blackpool by donating towards various work on it. For some time there have been questions as to whether the vintage cars would be allowed to run to Fleetwood, and this remarkable working confirms that the answer is positive.

On arrival at Fleetwood, the tour passengers took a refreshment break. Due to the token system preventing two trams from running north of Fisherman’s Walk at the same time, plans to stable 40 on the Ferry loop had to be abandoned and instead it ran empty to Thornton Gate, where it rested on the relaid centre track there for a while before returning to Fleetwood a little later.

It was highly appropriate that Box 40 achieved this ‘first’ as not only did it spend its heyday working between North Station and Fleetwood, but it was also one of the very last trams to run through the streets of Fleetwood before the line closed for upgrading after the 2009 illuminations ended. 40 was one of three trams hired for an unforgettable tour by the Fylde Tramway Society to bring the curtain down on traditional trams running to the Ferry, alongside Brush Railcoach 627 and Balloon 702, both of which are now preserved elsewhere. Although such sights are likely to remain a rarity, the sight of car 40 running along a public street was certainly very welcome and hopefully bodes well for more private hires to take some old favourites to Fleetwood again in 2012 and beyond! 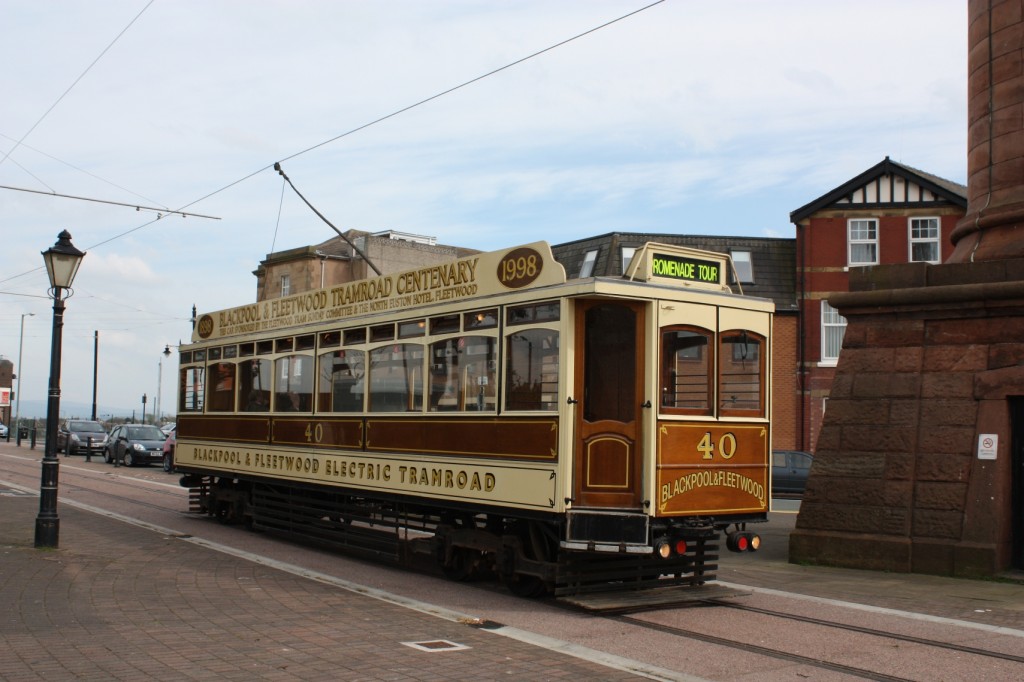 A timeless scene many feared we would never see again, but here it is: Box car 40 of 1914 vintage, posed alongside Fleetwood lighthouse, on 30th April 2012. Welcome back old friend! (Photo by Andrew Blood) 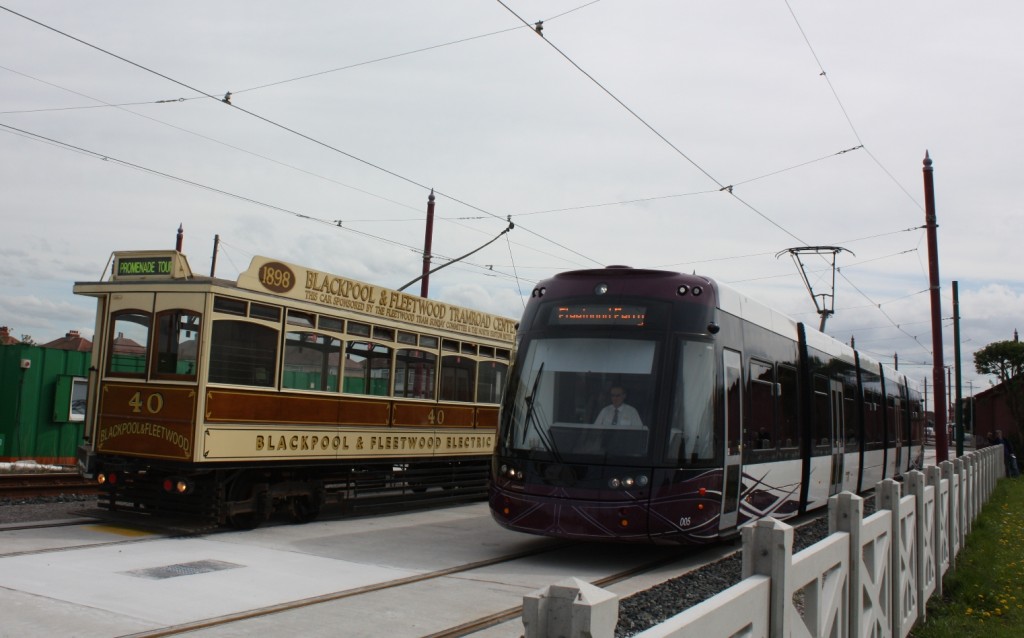 New meets old at Thornton Gate with Box car 40 on a break, as Flexity 006 passes by on Fleetwood service. (Photo by Andrew Blood)

3 Responses to Box 40 returns to Fleetwood!