Residents of Blackpool’s New South Promenade could have been forgiven for thinking that the town’s remaining heritage trams were gearing up for battle, ready to try and reclaim dominance of their native system from their replacements, the Flexity2 class, on the morning of Friday 11th April. On this day, an incredible NINE heritage trams were relocated from Rigby Road to Starr Gate depot, but the reasoning for these moves were not as sinister as it may seem at first!

Due to ongoing works with the traffic control signals at Manchester Square, access to the Rigby Road depot has been restricted over the winter months. Generally tram moves in and out of the depot have been taking place on Fridays under supervision with prior permission, but it was expected that the works would be completed ahead of the Easter Bank Holiday. Unfortunately this has not happened, leaving Blackpool Transport with an operational headache for the advertised heritage tram service next weekend. It is to the credit of the company that cancelling the event was not considered a serious option, nor was stabling the priceless vintage trams outside for an extended period. This left Blackpool Transport with only one realistic option, and therefore on 11th April, most of the operational vintage cars were transferred to Starr Gate depot, which will temporarily act as the running base for the entire tram fleet for the first time ever.

The moves kicked off in the morning with the illuminated Frigate 736 being extracted from Starr Gate depot and driven back to Rigby Road following commissioning work, as this tram is not required for service at present. Engineering car 754 was also shunted, but this was merely to prepare for the imminent invasion of trams! The first of the trams to arrive at the southern terminus was Balloon 717, which is looking immaculate following some cosmetic attention, although it is currently lacking its cab corner windows which have been removed pending replacement ahead of it making its passenger debut for the year. Close behind was Brush Railcoach 631 and Balloon 700, the latter car having been prepared for use for the ‘English Electric at Easter’ themed event, due to its historical significance as the prototype streamlined double-decker. Then it was Twin Set 272+T2‘s turn to arrive. This pair made an unusual zig-zag move at Starr Gate to enter the depot area, whereas all of the other trams traversed the turning circle and passed through the wash plant before moving onto the depot headshunt and reversing back onto the depot track fan.

After that the arrivals came thick and fast, with Bolton 66 providing the filling in a sandwich of green and cream Boat cars 230 and 600. Finally, ‘Princess Alice’ 706 and Standard 147 arrived, completing the lineup of trams due to form the Easter output. These nine trams have joined Open Boat 227 – which had already been stabled at Starr Gate for electrical work for the last few weeks – to give an impressive and varied selection of cars to provide an interesting service over Easter, come rain or shine. With three contrasting Balloon cars, three Boats and three other historic trams now based at Starr Gate, this leaves Centenary 648 as the only heritage car in the current active pool which will not be available for use during the first stint of operation for these trams during 2014. The efforts made to ensure that the show must go on speaks volumes about Blackpool Transport’s dedication to the heritage tram service, and hopefully this will be rewarded next week with healthy loadings on the tours.

Don’t forget that the heritage trams will be in action on 18th, 19th and 20th April. Each day will witness a four-car turnout with an afternoon line-up on Blundell Street, and on Saturday 19th April a tram naming ceremony will also take place at the Pleasure Beach at 2:30pm. In addition, a vintage bus tour to the Heaton Park Tramway will operate on Easter Monday to complete a very eventful weekend which will hopefully be a great success. 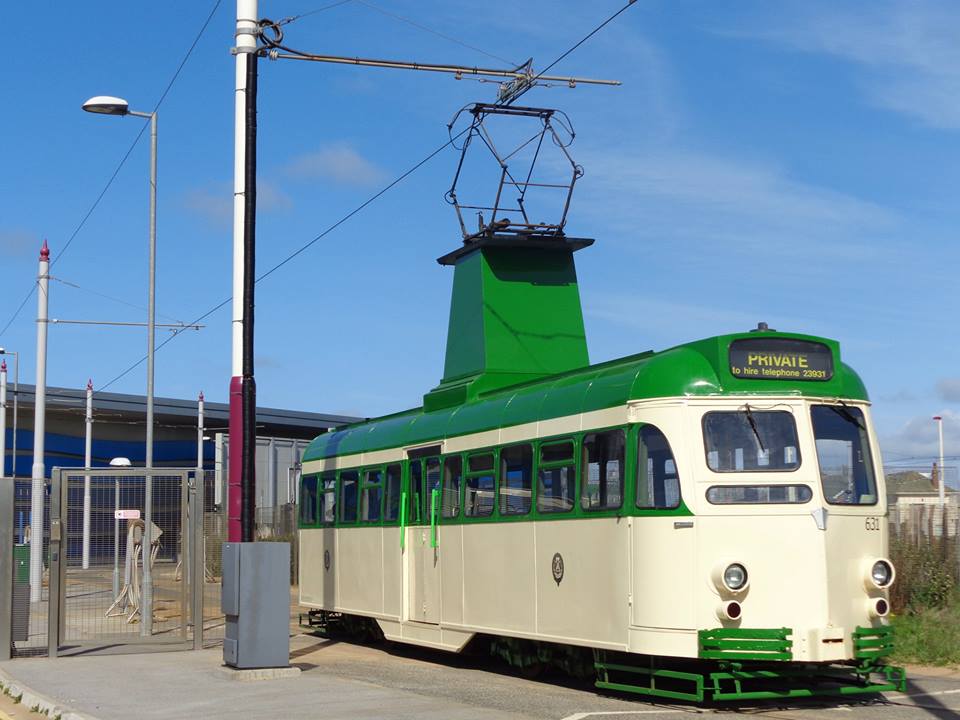 A very rare scene with Brush car 631 about to enter the sand & wash plant at Starr Gate in glorious sunshine on 11th April, as part of the day's tram movements. 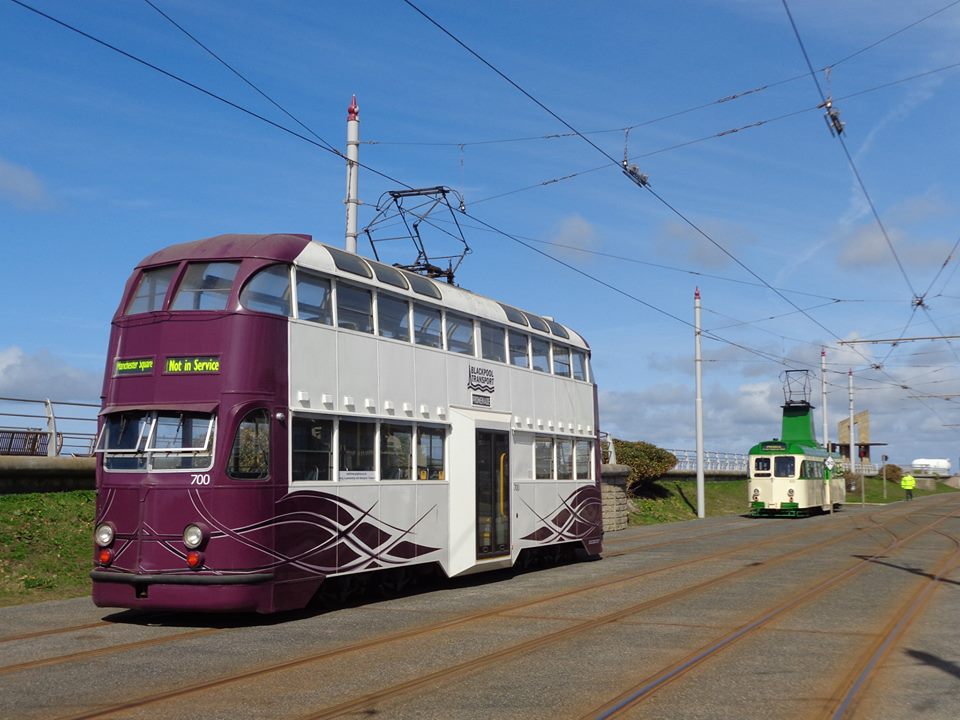 An equally rare sight of B Fleet Balloon car 700 and 631 both occupying the Starr Gate depot headshunt. More pictures from this amazing day will be posted in our photo gallery at a later date. (Photos by Bradley Jones)