Posted on Sunday 19 January 2014 by Gareth Prior

As reported before Christmas Stagecoach Supertram services on the Yellow and Purple route are being terminated at Meadowhall South/Tinsley between 13th and 26th January to allow work to take place on the Bus Rapid Transit Scheme. As a result of the closure between Tinsley and Meadowhall Interchange there are some interesting operational changes currently being seen.

Trams running towards Meadowhall run as normal as far as Tinsley where they are terminated and passengers are then required to change to a replacement bus service. The overhead has been isolated beyond the stop at Tinsley and wooden blocks and cones have been put across the line to prevent trams from running any further. It is in the city bound direction that the more interesting operations occur as trams depart Tinsley from the wrong platform and then run wrong line to Arena when they use the crossover to regain the correct line. 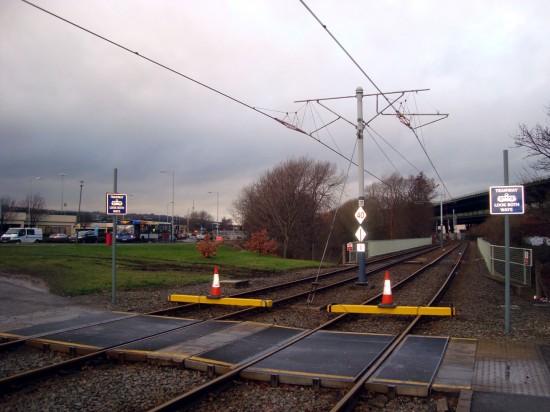 The view at Meadowhall South/Tinsley with the track towards Meadowhall Interchange blocked to allow the work on the Bus Rapid Transit Scheme to take place in the distance. 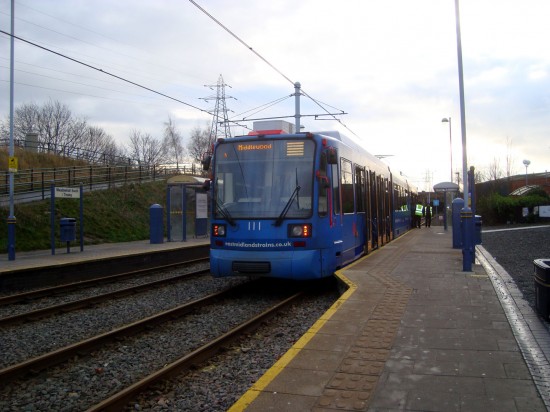 111 waits at Meadowhall South ahead of departure to Middlewood in the wrong platform. Note that 111 has now had the new air conditioning units fitted. 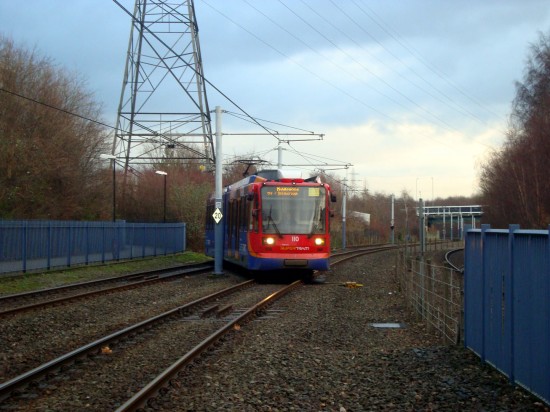 110 uses the crossover over at Arena to return to the correct track to continue its journey to Middlewood. 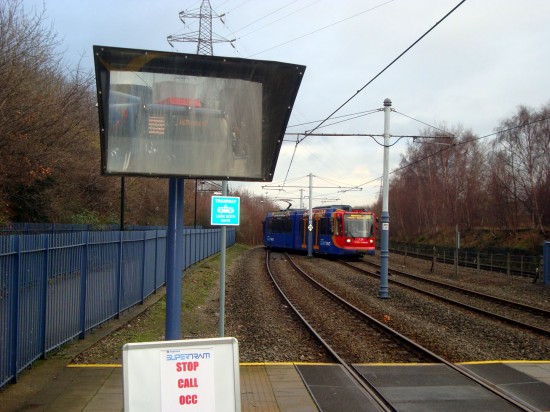 124 demonstrates the crossover move for us again. Note 111 in the mirror on the outbound platform waiting to head to Meadowhall South/Tinsley. (All photos: Stuart Cooke)