More than five years after operating on the Blackpool promenade for the final time, Blackpool Railcoach 680 finally made its debut in passenger service as a preserved tramcar at Beamish Museum on Saturday 11th January. After being acquired by the Manchester Transport Museum Society and repainted cream as long ago as 2010, the car has had a long wait to enter service, but this has now finally occured thanks to a loan deal which saw the tram move to Beamish last month.

Despite a few unexpected issues coming to light during the commissioning process which delayed 680‘s much-anticipated public debut, the car has been prepared for use in just a month which is impressive considering its long lay-off. Looking much better thanks to the addition of a thin green stripe both above and below its windows (the lower one only being completed a few days ago!), 680 has now temporarily joined the running fleet at the North East museum where it is expected to stay until after the main Beamish transport event in April. Its appearance has also been improved thanks to its handrails being repainted green to match its lining; these had previously been painted bright yellow, which did not really suit the period 1960s appearance which the tram is supposed to portray. No external fleet numbers have been added as yet, although the car should be renumbered 280 when this happens.

680 is reported to have run expectionally well on its first day of museum service, and looks very smart indeed both inside and out. Hopefully the car will now see frequent use before it finally travels to Manchester, to become a permanent member of the Heaton Park fleet. 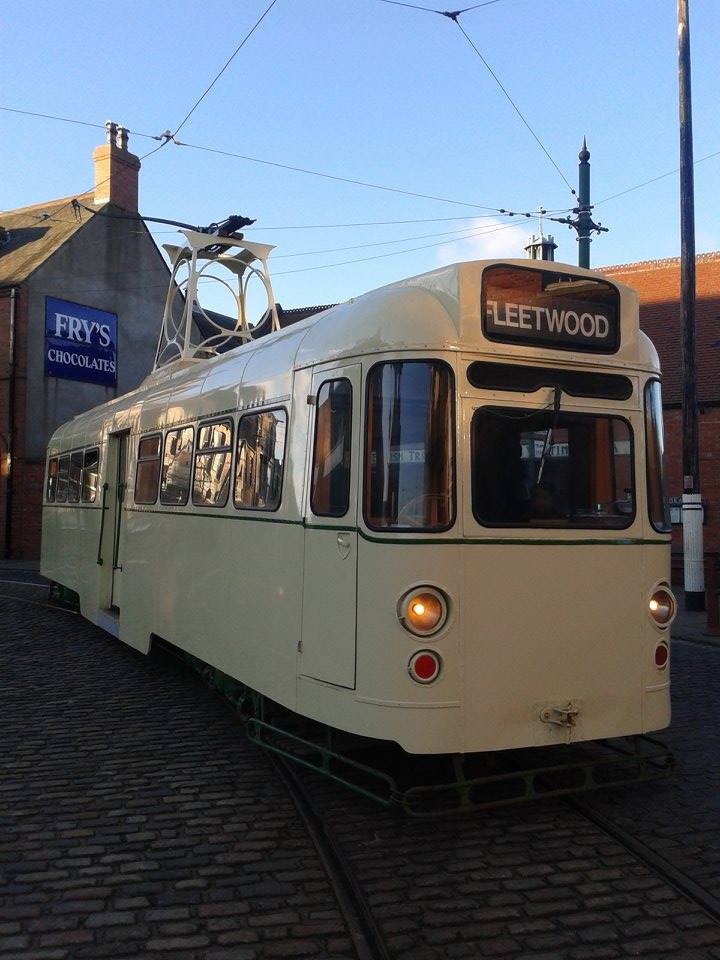 First day in service for 680 in the next stage of its long and succesful working life. Here the tram is pictured looking absolutely superb in Beamish Town. (Photo by John Gilder)