Manchester Metrolink T68 1002 was officially withdrawn from service on Monday 18th November, leaving the T68 passenger fleet at just nine examples. 1002 had proved to be unreliable in recent weeks and it last worked on the Eccles service on 12th November.

At first glance it would appear that this is just “another” T68 withdrawal but 1002 actually has a few claims to fame. It was the first T68 to be named when it received MANCHESTER ARNDALE name stickers in November 1991, before Metrolink had even opened. If that claim to fame isn’t exciting enough for you then the other two claims hopefully will be. Firstly 1002 was the first T68 to be gauged to St Werburgh’s Road on the South Manchester Line when it was hauled there by a shunter on hire from the Ribble Steam Railway. It was also the first T68 to be used for type testing on the Oldham Rochdale Line as far as Oldham Mumps, although it was hauled dead alongside the Network Rail line between Central Park and Failsworth as there had not been Stray Current Testing on the line. Only a couple of trips of T68s were ever made on the Oldham Rochdale Line as the decision was taken to withdraw the vehicles rather than to refurbish them so the appearance of 1002 here was a very rare occurrence.

Elsewhere on Manchester Metrolink in addition to withdrawn from passenger service T68 1021 receiving a modified ice breaker pantograph, four M5000s have now also received these modified pantographs. The four vehicles involved are 3001, 3002, 3003 and 3004 and they are now being used on regular basis to help clear the Metrolink network of ice as it forms on the overhead. 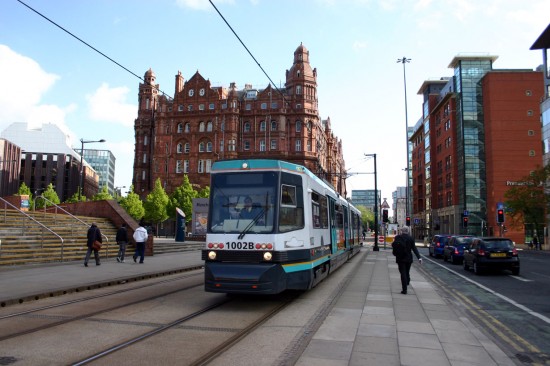