Sunday 20th October was ‘Red Oktober’ day at Crich Tramway Village, with the museum site playing host to numerous Eastern European vehicles, as well as re-enactors in period costume. The trams themselves were not left out however, with the highlight of the day being a rare appearance outside the depot complex from Halle 902 which was even opened up so that visitors could inspect the interior of the car.

Normally confined to the far corner of Depot VI, Halle 902 was posed on the traverser for most of the day, although its rear bogie was moved off the actual traverser carriage to maintain a flat path across the depot yard for wheelchair access. Various items relating to Eastern European tram and transport history, including an excellent display of German tram models, was to be found inside the car and in a welcome development, visitors were able to handle all of the artefacts on show. This included a genuine East German ticket machine, with this being used to issue authentic tickets which many visitors took home as a souvenir of their day out.

Trams in service on this day were Leeds cars 180 and 345, London Transport 1622 and Berlin 3006, whilst Blackpool 40 was also used for driver training purposes. Meanwhile, the opportunity was taken to clean part of the floor in Depot VI whilst Halle 902 was standing outside. Unfortunately however, plans to bring Prague 180 out for static display did not materialise due to the forecast rain, as its roof was not considered to be sufficiently watertight to allow its prolonged display in the open, but this didn’t spoil the day’s activities too much.

Our thanks go to TMS member Christoph Heuer for supplying the information and photos in this article. 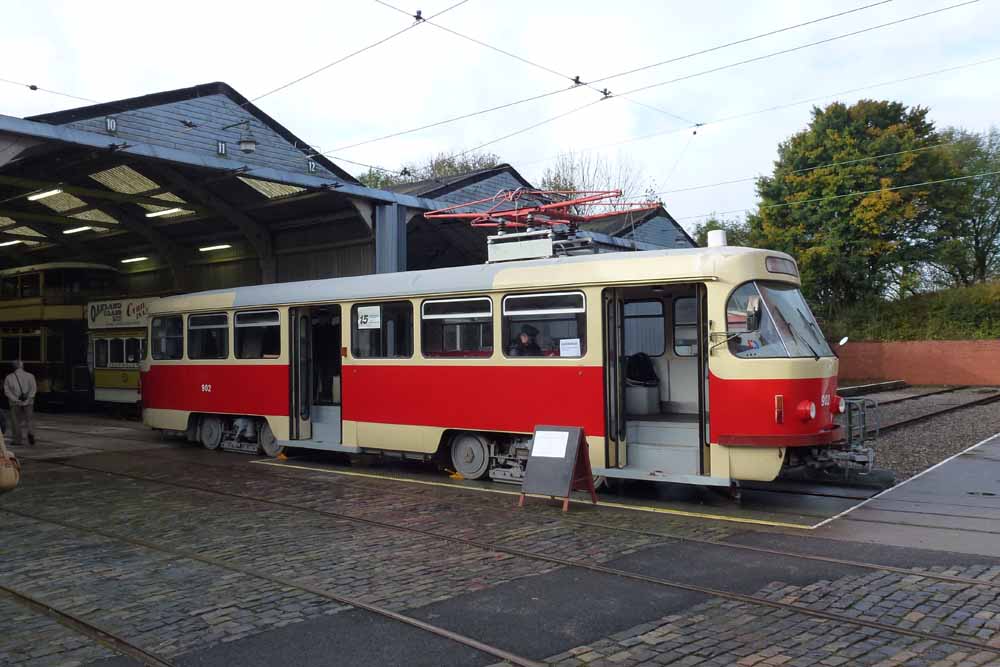 Halle 902 stands on the traverser, its doors flung open invitingly. Note Leeds 107 and Leicester 76 unusually placed on road 12 in the depot. 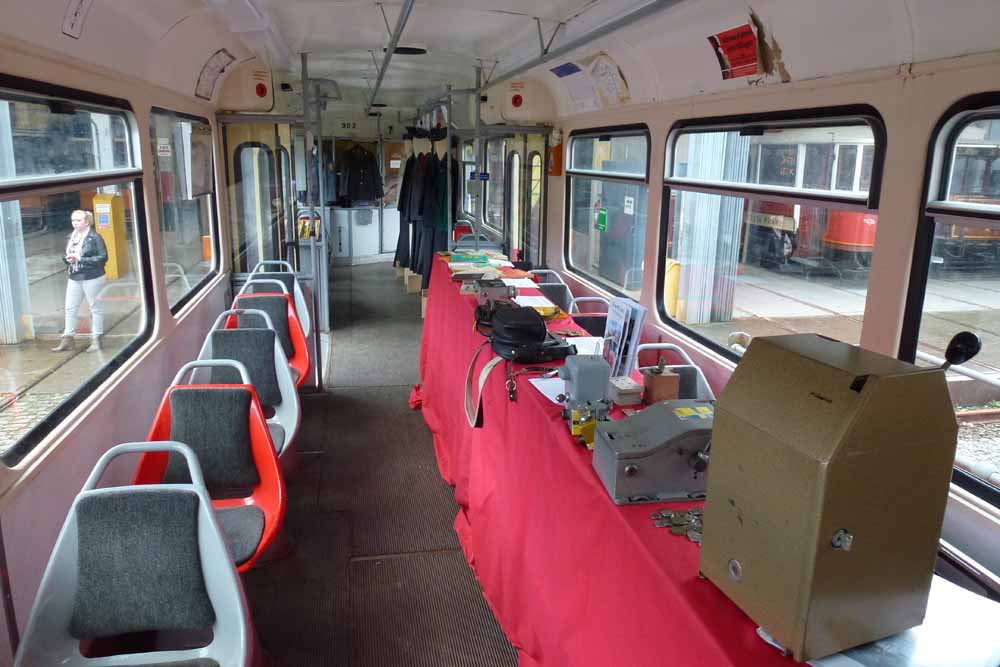 This event provided a rare opportunity to see inside Halle 902, with some of the numerous items on display visible in this view of the car's interior. 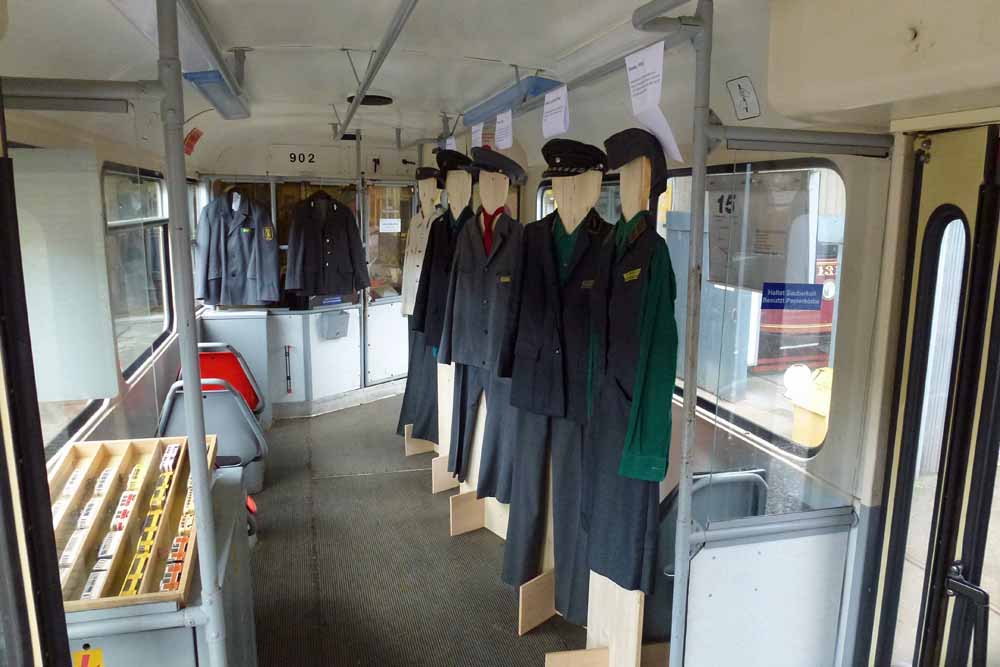 Some of the German tramway uniforms displayed inside car 902. Just visible to the left are the model trams also on display as part of the 'Red Oktober' event. 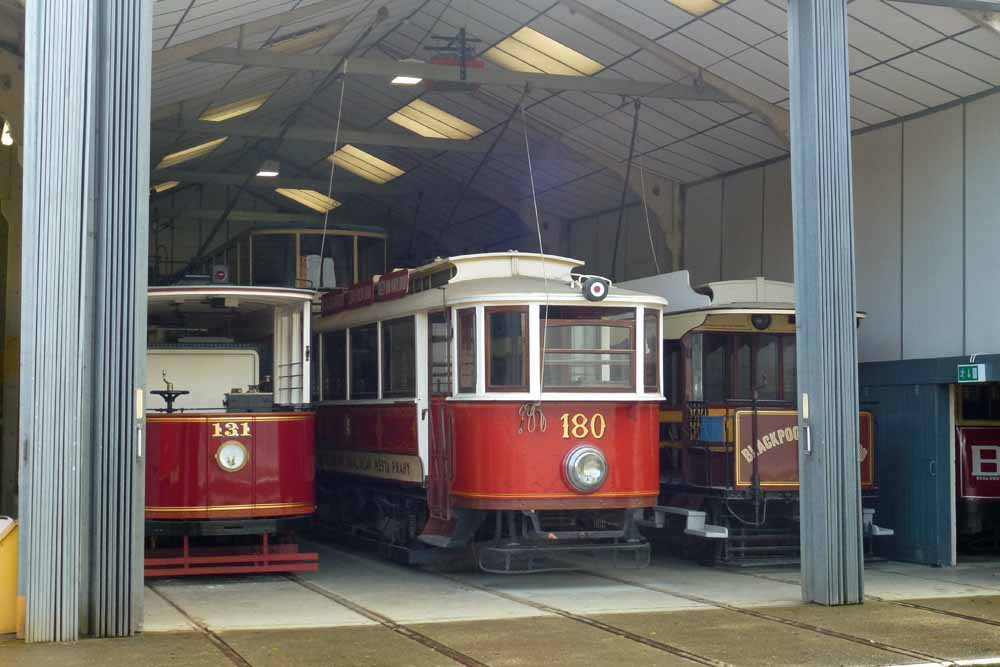 Due to concerns about the weather on this day, Prague 180 remained inside Depot V where it is shown sandwiched between Cardiff 131 and Blackpool & Fleetwood 2. 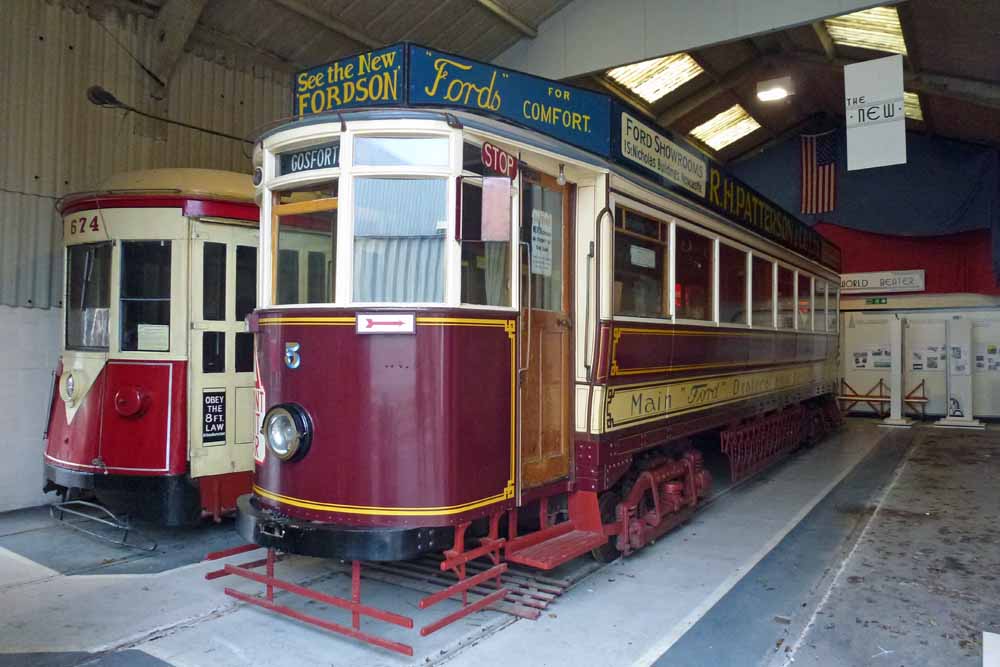 Whilst 902 was outside, the opportunity was taken to photograph Gateshead 5 which is currently stored on the centre track of Depot VI. (All photos by Christoph Heuer)

9 Responses to In Pictures: Red Oktober day at Crich