Halle 902 to star at Crich event

The annual ‘Red Oktober’ event will be held at Crich Tramway Village on Sunday 20th October 2013, and for the second year running this will include a rare outdoor appearance from Halle 902. It is planned to display this elusive car on the traverser, with Prague 180 also expected to be extracted from its normal resting place in the depot complex and displayed on the depot track fan.

This event is primarily a celebration of Eastern Bloc vehicles, with various vehicle processions and re-enactors adding to the usual attractions. Berlin 223-006-4 will also be in service throughout the day, but for any visiting enthusiasts the highlight is likely to be Halle 902‘s appearance. This tram enjoyed a very brief operating career in the UK between 2005 and 2006, and is currently hidden away in a far corner of Depot VI, making it one of the least visible trams on site. However, to complement the many other German vehicles participating in this event, the car will be posed outside and visitors will even be able to board the tram. Inside its saloon will be a display of Eastern European tramway memorabilia, including tickets, timetables, period uniforms and even a British-made ticket machine formerly used on interurban buses in the GDR and Czechoslovakia! As the weekend also sees a model tram exhibition held at Crich, there will also be a small display of model German trams to see.

Although this is not an event primarily targeted at tram enthusiasts, the chance to see Halle 902 in daylight will hopefully encourage a few extra visitors to the museum on this day and this car displayed alongside the similar liveried Prague 180 should make for a fine sight in the depot yard.

With thanks to Chritsoph Heuer for his assistance with the information in this article. 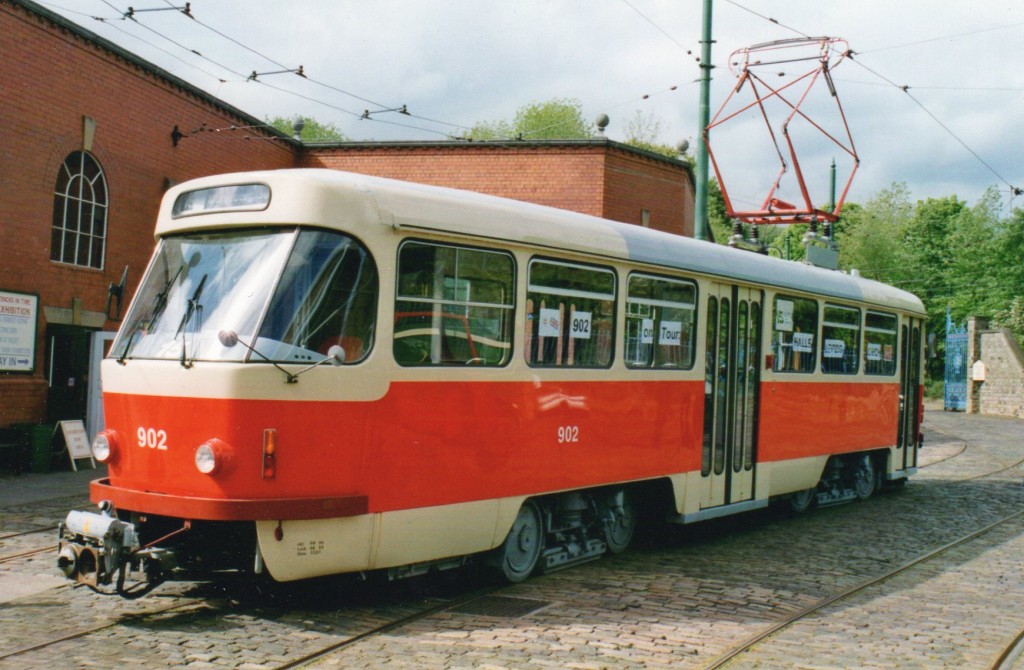 A classic view of Halle 902 displayed outside the depots at Crich shortly after its arrival in 2005. At this time the car was expected to become 'Access Tram 2' for the museum, although this plan was subsequently dropped. (Photo by Tony Waddington)

4 Responses to Halle 902 to star at Crich event