Posted on Wednesday 11 September 2013 by Gareth Prior

Late on the evening of Tuesday 10th September Wilkinson Street depot in Nottingham received a delivery as the very first Alstom Citadis tram arrived. The tram – as expected numbered 216 – is the first Citadis to be delivered to the UK and is now expected to undergo commissioning ahead of initial testing.

Once 216 was unloaded from the low loader which had been used to transport it from Barcelona in Spain it was moved into the depot building for initial commissioning work to take place. The tram was moved by NET’s own road-rail vehicle ahead of full commissioning in the next few months.

This is the first of 22 new trams primarily ordered for the phase two extensions of Nottingham Express Transit. The trams will be commissioned, tested and drivers trained on them over the next several months before the first examples enter service, this is unlikely to be much before the middle of 2014.

216’s first major date will be this Friday – 13th September – when there will be an official launch at Wilkinson Street for the press and local dignitaries.

With the Citadis trams now being delivered to Nottingham and the imminent start of deliveries at Midland Metro of their CAF built trams this will mean that, along with Manchester Metrolink, we will once again see three different systems receiving deliveries of new vehicles – this time all will be from different manufacturers. 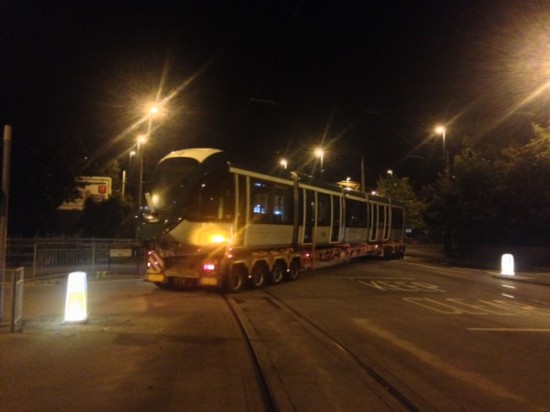 Shortly after 2300 on Tuesday 10th September and the low loader containing a special cargo arrives at Wilkinson Street. 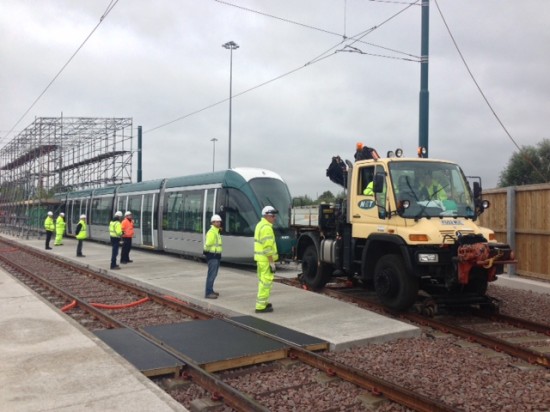 On Wednesday 11th September and the road-rail vehicle is used to move 216 around Wilkinson Street depot. 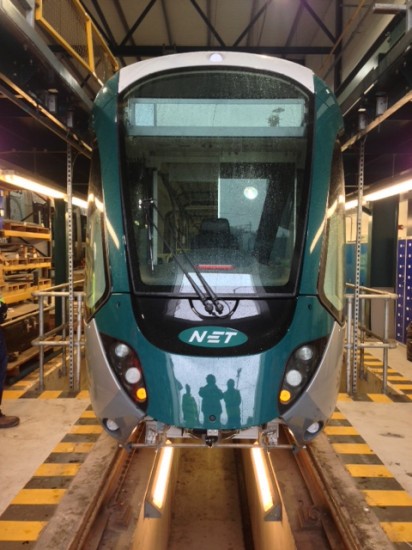 216 stands inside the depot at Wilkinson Street for the first time. 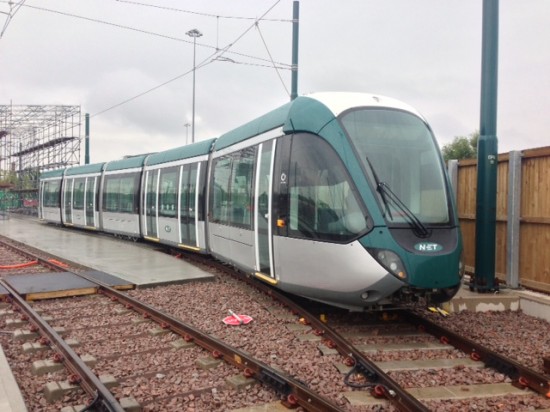 Later on 11th September and 216 poses outside again. (All photos courtesy of Nottingham Trams Ltd)