The entry into public service of newly restored Leeds horse tramcar 107 at the Middleton Railway over the August Bank Holiday weekend ended in tragedy, after a tragic accident resulted in one of the horse handlers being injured when one of the horses used to haul the tram bolted. This freak incident was a very sad end to what had been a historic and wonderful occasion.

At around 3:00pm on Monday 26th August, one of the horses which had been hired to pull Leeds 107 bolted during the process of changing ends. Whilst attempting to calm the horse, one of the accompanying staff was pushed underneath the tram, which was moving very slowly at the time. Emergency procedures were immediately put into place and once the woman had been rescued, she was taken to hospital with a suspected two broken legs.

This was a terrible conclusion to what should have been a weekend of great celebration for members of the Leeds Transport Historical Society, who have restored Leeds 107 into the stunning tram seen by visitors at the Middleton Railway’s transport event. After seven years of painstaking work, the tram entered passenger service for the first time in more than a century on Sunday 25th August, following initial empty running for testing and familiarisation purposes. Recent finishing touches, such as the application of period style advertisements, have created a beautiful vehicle and everyone involved in its restoration should be justly proud of what they achieved, as the quality of workmanship is absolutely superb. Short rides on the horse tram were offered over two days for £2 per person, with the proceeds being used to cover the high costs of hiring in horses for the event. Following the weekend’s events, 107 was loaded up on the morning of Tuesday 27th August and arrived at Crich Tramway Village the following day.

Our thoughts and sympathies go to not only the victim of this terrible incident, but also those who witnessed it, particularly the tram crew, as well as the event organisers. We sincerely hope that the woman who was hurt makes a speedy recovery, and that 107 can now look forward to an incident-free future in preservation.

Please note that, due to the sensitive nature of this article, any comments posted on it will be subject to more heavy moderation than usual. 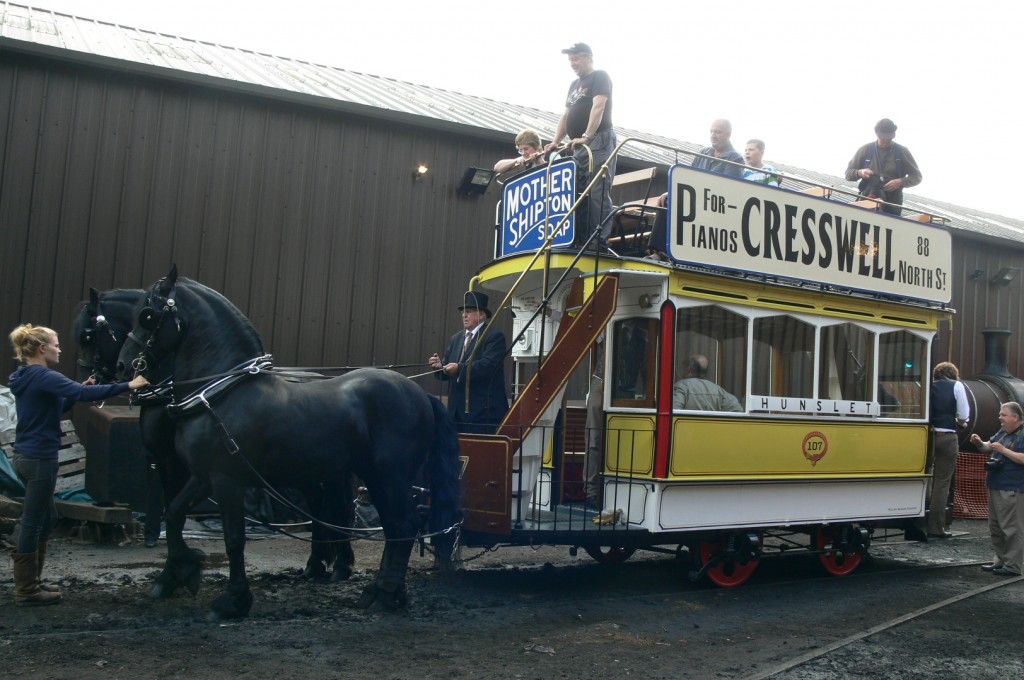