Are we nearly there yet?! Yes we are! Today “Stop by Stop” comes to the penultimate stop on the Blackpool Tramway at Victoria Street.

Last time out we were on Lord Street at the London Street stop and we continue on-street as we head north from the stop. We soon come to St Peter’s Church (seen in the background of many a tram photo over the years) and head through Albert Square before we arrive in North Albert Street. After another short distance there is a signalled junction with Victoria Street and then we soon arrive at the Victoria Street tramstop. Once one of two Victoria Street stops on the tramway (the other between North Pier and Tower) it is now the sole stop of this name and is a very popular one with it being located close to Fleetwood Market. There is a shelter heading back out of Fleetwood but not for anyone wanting to catch a tram the short-distance north to Fleetwood Ferry. Apart from that its pretty much standard! 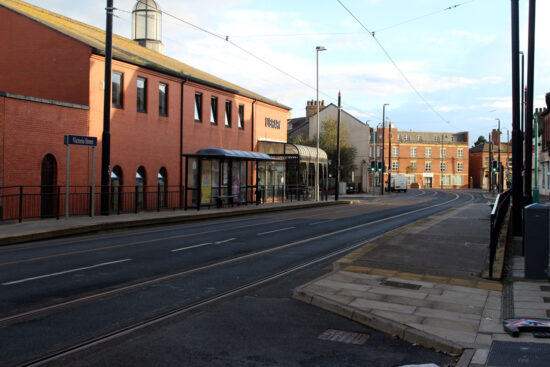 Fleetwood Library provides the backdrop as we look back south at Victoria Street tramstop with the shelter clearly seen on the southbound platform. 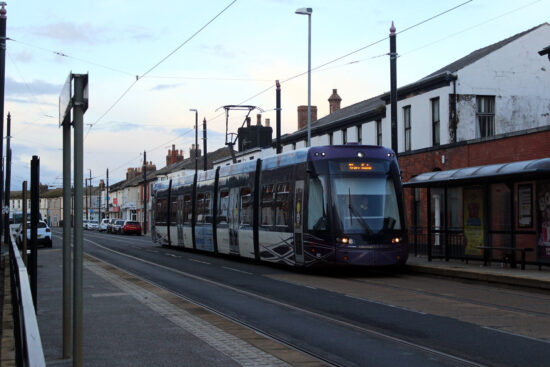 Appropriately with adverts for nearby Fleetwood Market 002 arrives at Victoria Street with a southbound working to Starr Gate. With it being early evening there aren’t lots of people who have been down to the Market waiting at the stop but on Market Days during the day this can be a very popular stop. 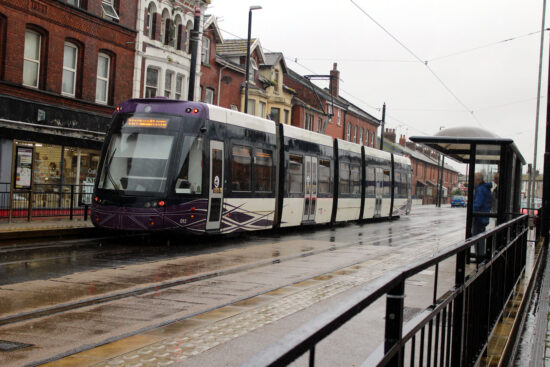 012 at Victoria Street on a rather damp 27th September 2019 as it gets set to travel the short-distance north to Fleetwood Ferry. (All Photographs by Gareth Prior)