Today’s edition of “Stop by Stop” reaches Broadwater as our journey north on the Blackpool Tramway continues.

As we depart northbound from Rossall Square we are fully segregated from roads and foothpaths before arriving at Broadwater. The playing fields of Cardinal Allen Catholic High School are on the left with King Georges Playing Fields appearing on the other side. The stop here has staggered platforms with the northbound platform coming first before the platform for trams heading in the opposite direction is seen a few metres further on. Both platforms have shelters plus all the usual lighting and information panels we’ve seen elsewhere on the line. 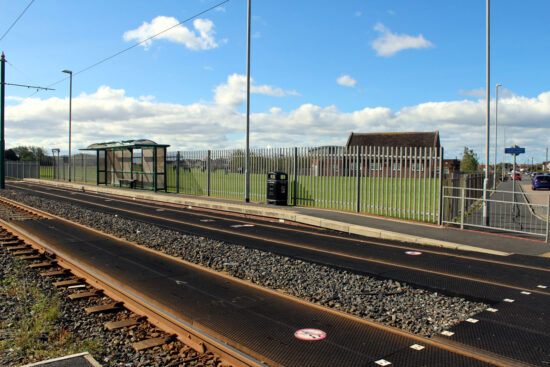 This is a view of the northbound platform with the school playing fields behind. 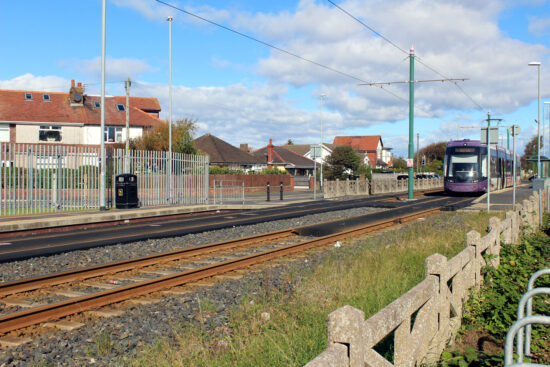 Here we look north at the southbound platform with 010 having just arrived with a service to Starr Gate. On the left we can just see the ramps leading off the northbound platform. 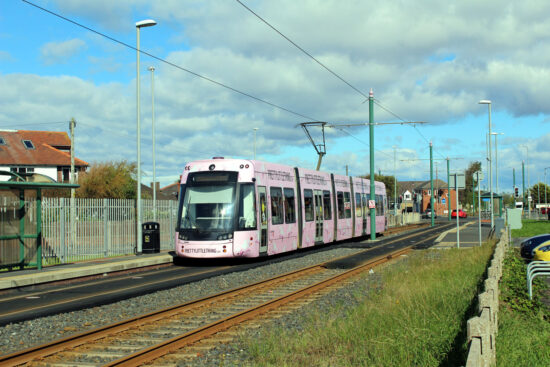 016 pulls away from Broadwater heading north to Fleetwood Ferry. The locations of the two platforms in comparison with each other can be seen in this photo. (All Photographs by Gareth Prior, 25th September 2020)