In Pictures: Trams return to the full circuit at Beamish!

Posted on Tuesday 15 February 2022 by Gareth Prior

Since the tram service resumed at Beamish in September 2021 trams have been unable to run all the way around the tramway circuit with the section passing the Events Field between Foulbridge and the Town closed requiring maintenance works. That is until now as after a short period of testing trams have started running on the full circuit again – for the first time in very nearly two years!

The direct route from Foulbridge to the Town has needed extensive work which has included re-sleepering (one in four sleepers have been replaced by recycled plastic versions), new check rail spacers and realignment to the correct cant on the curves.

Sunderland 16 was the first tram to be used for testing and after further tests the line was cleared for use with trams running in service for the first time over the weekend of 12th and 13th February. Its originally been hoped that it would be reopened in time for the February Half Term starting on 19th February but that date was beaten.

Sunday 13th February not only saw the full circuit available for use but also an early season usage of two trams at once. Sheffield 264 wasn’t exactly a surprise but it was joined by Oporto 196, which having been used for training was prepared for passenger service as well. With the single-decker expected to be withdrawn this year to wait for works attention how many more times it will be in service remains to be seen.

The maintenance team aren’t finished there though! They will now move across to the Pockerley Waggonway to complete some work there before heading back to the tramway to complete more re-sleepering on the section from Pockerley to the Town.

Other tram related news concerns Gateshead 10 – or Grimsby & Immingham 26 as it currently remains – which has now been lowered back to ground level to allow for work to get underway on the body. It remains the aim that the tram is back in service in 2023 to help the tramway celebrate its 50th anniversary. 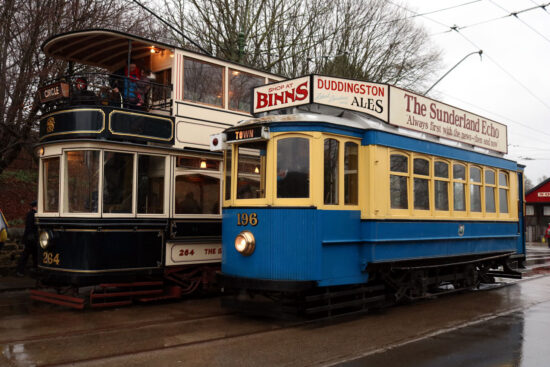 Oporto 196 and Sheffield 264 are seen side by side at Foulbridge. A scene which would hardly have been a unusual site before the pandemic but now is much more a case of “have you seen”! 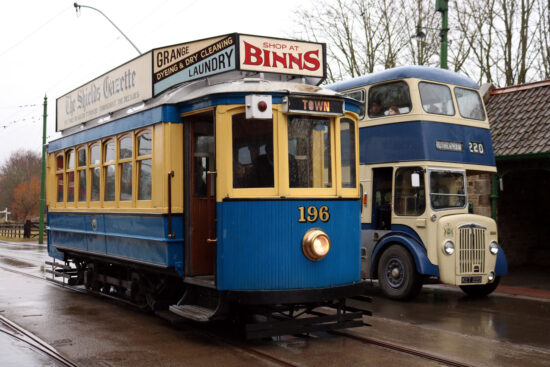 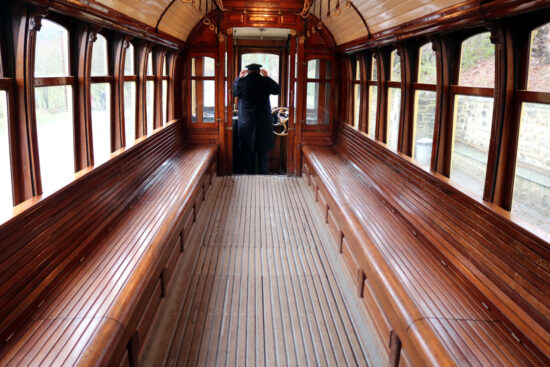 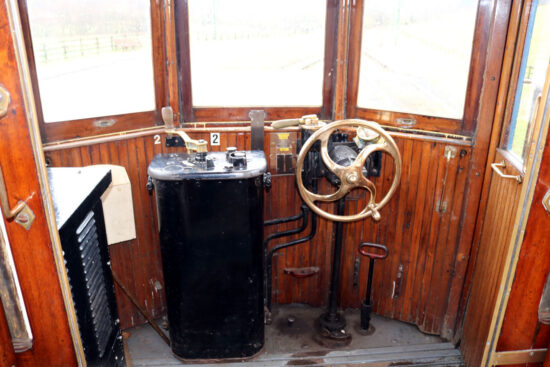 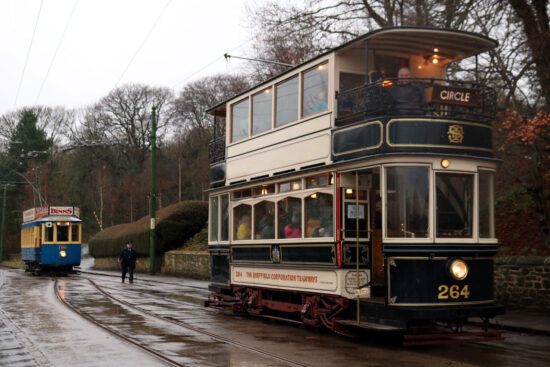 Sheffield 264 at Foulbridge/Home Farm as Oporto 196 gets ready to return to depot with its day now over. 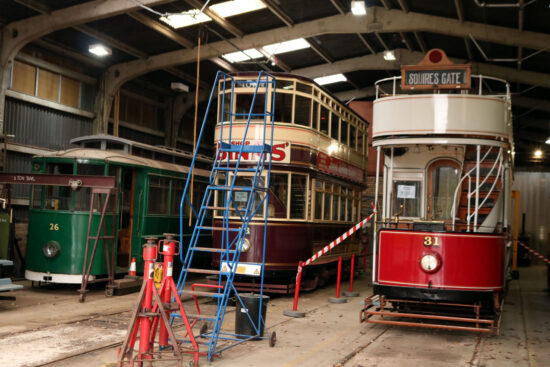 Inside the depot where 26 is now at ground level again. Sunderland 16 and Blackpool 31 are alongside. (All Photographs by Trevor Hall, 13th February 2022)