Out and About: More from Sheffield

Its time for “Out and About” which in this edition is taking a look at the two classes of tram which run on the Stagecoach Supertram network. 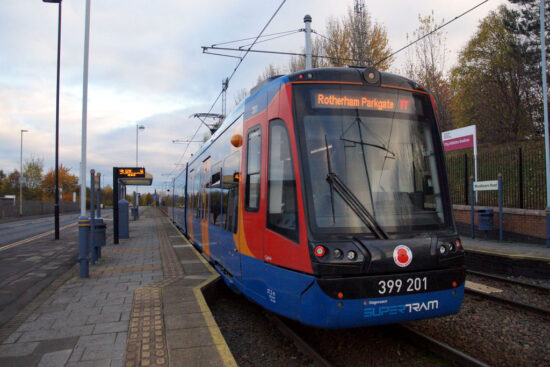 This first photo is taken at Woodbourn Road on the route out to Meadowhall and Rotherham Parkgate (which splits off at Meadowhall South/Tinsley). As such it’s a stop which is well served by both the Yellow and Tram-Train routes and it is a vehicle on one of the latter which is seen here as 399 201 calls bound for Rotherham Parkgate. 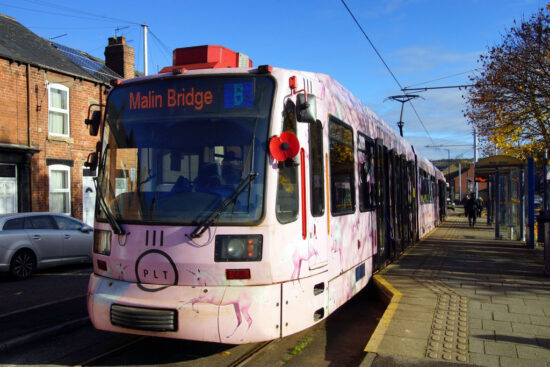 Out at the Malin Bridge terminus of the Blue route this is 111 which is waiting before it departs back to Halfway. This tram is one of two to retain adverts for Pretty Little Thing.com which have been in place since April 2018 now. (Both Photographs by David Mee, 13th November 2021)