Posted on Monday 3 January 2022 by Gareth Prior

Today we come to an end of this latest series of “15 Years Apart” and the last tram to feature is a Works Car in Blackpool.

The first image of Blackpool’s purpose built Engineering Car 754 was taken on 8th September 2006 and shows the tram just leaving depot to head out onto the Prom with a member of its crew on the top deck waiting for action. The tram is running on electric power as evidenced by one of its trolley poles being up. 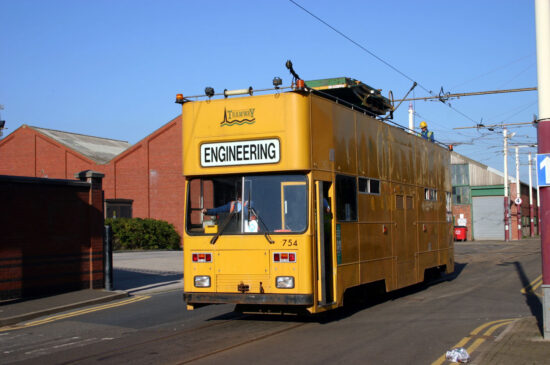 Not a huge amount has changed for 754 in the past 15 years – although it now sports a slightly lighter shade of yellow paint – and it remains based at Rigby Road Depot still being used on a regular basis. This photo shows it on 24th September 2021 when it was stabled on the depot fan between duties. 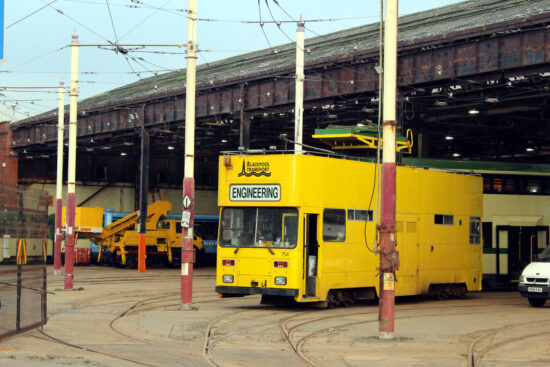