Posted on Thursday 16 December 2021 by Gareth Prior

And its Blackpool again for today’s edition of “15 Years Apart”. There have been changes over the past years for the subject of today’s article too.

Blackpool Balloon 700 may now be in the same livery in 2021 as it was in 2006 but a lot has changed for the tram over the years. In 2006, 700 was a very popular regular member of the Blackpool Tramway fleet but with a heritage overhaul having been completed it looked a cut above the rest. On 4th September 2006 we see the tram having just left the sleepered track at Starr Gate at the start of its full length journey to Fleetwood. Carrying a pantograph by this point it still had its other heritage type additions such as the dual destination screens. 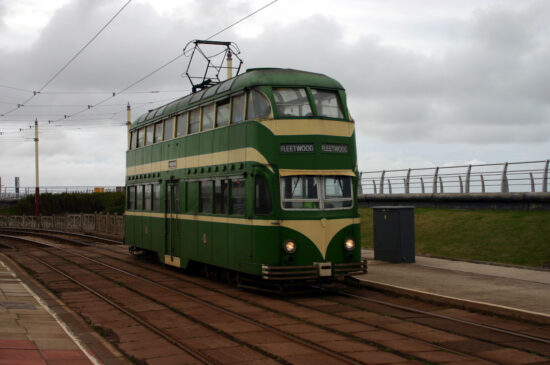 During September 2021, 700 received a new coat of Wartime Green and Cream having spent the past few years in the Flexity type Purple and White livery as it had controversially received the B-fleet modifications which saw it get widened centre entrances and modern bumpers. But as one of the planned highlights for the heritage fleet in 2021 it was lucky enough to be fully repainted into this popular livery but hasn’t yet carried normal passengers with this look as a door fault prevented its use during the Anniversary Weekend. This image – with the tram having just passed the Tower – was taken on 25th September 2021 and shows 700 on a brief Private Hire. 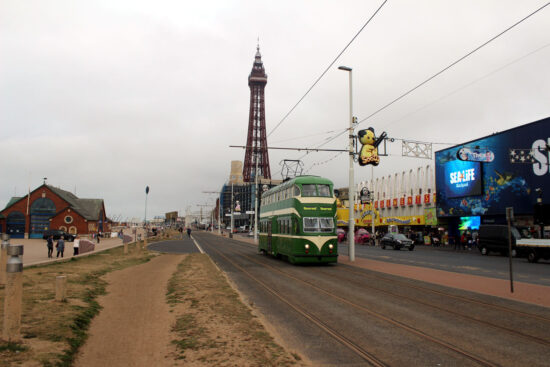