Posted on Wednesday 1 December 2021 by Gareth Prior

Its British Trams Online Anniversary Month! That’s right 1st December 2021 marks 19 years since this website launched on the internet and as we have done over the past few years that means during December we will be bringing you bonus content with additional photo series running on the News & Features page – the first of these returning series is “15 Years Apart” which as the name suggests shows photos of a tram in 2006 and again in 2021, some have changed a lot, some have changed barely at all!

The first tram to feature in the series is Blackpool Rebuilt Balloon 707 which has remained in the resort throughout these 15 years although its use has changed from day-to-day operation on the tramway to becoming a member of the “B fleet” with some forays towards the heritage service. The first image was taken on 8th September 2006 and shows 707 at Bispham when heading back to depot – judging by a second tram just coming into shot it could be that there had been disruption at this point. The tram is an overall advertising livery for Coral Island’s Buccaneer Bar which it carried between 2005 and 2008. 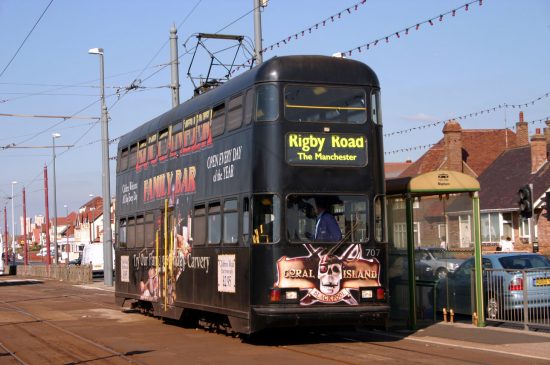 2021 – 25th September to be precise – and 707 has returned to green and cream and is captured here when being used as the Shop Tram at North Pier and Tower. 2021 has seen the tram actually used a “B fleet” car in the earlier season when social distancing measures were still in place but has also seen use on heritage workings more befitting its livery if not its modifications. 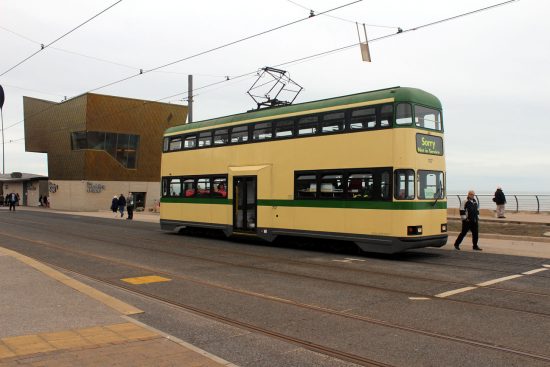