Posted on Tuesday 30 November 2021 by Gareth Prior

Tuesday 30th November has seen a normal tram service resume in Blackpool after they were given permission to proceed past the Metropole Hotel following the structural damage it suffered during Storm Arwen over the weekend.

Whilst trams are now able to run further north than North Pier there is meant to be welding work taking place on the tramway at North Pier which had meant there was planned single-line working between North Pier and Cabin. The details on the Blackpool Transport website states a 20 minute service runs from 0500 until 1630 “whilst works take place” and then every 15 minutes from then until the end of the day. It also mentions that Cliffs Hotel, Gynn Square, Wilton Parade and Pleasant Street will only have the northbound stops served by trams in both directions.

What’s not clear though is whether this is just until 1630 and after that normal working is in place. Observations on the first day at around 1520 showed that there was no single-line working in place – whether this was because the work had finished early for the day or not isn’t clear – let’s hope passengers were waiting on the right platforms for their intended journeys! 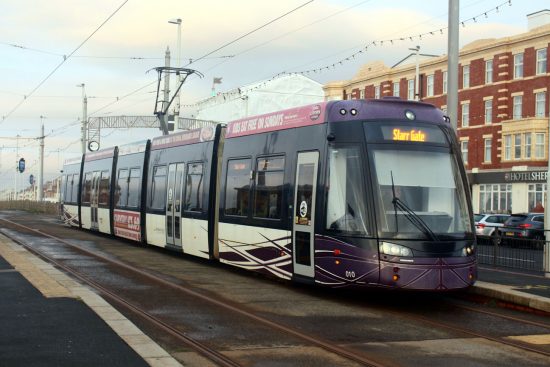 010 at Cabin about to set off for Starr Gate. 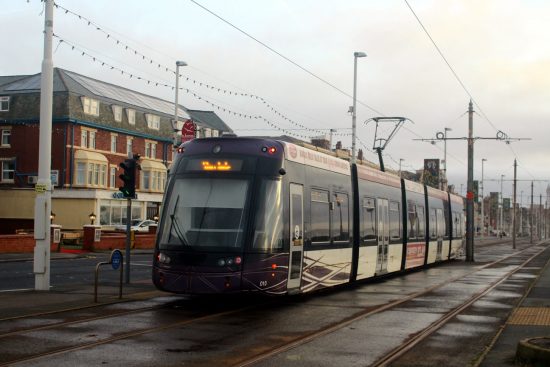 010 heads south away from Cabin on the correct track. (Both Photographs by Tony Armitage, 30th November 2021)