We return to Dublin for this latest edition of “Picture in Time” as we take a look at one of the depots on the network.

Today there are three depots on the Luas network but at the time of this photo there were just two – one on each of the Green and Red lines. With the Red line structure built at Red Cow, that for trams running on the Green line was located at the then end of the line at Sandyford. Subsequently expanded in 2018 the depot has also since been joined by a second depot at the other end of the line at Broombridge.

In the first photo below we see the tram depot in a shot taken from the tram stop looking south. A number of Alstom Citadis trams are in situ including 4012 on the left and side. 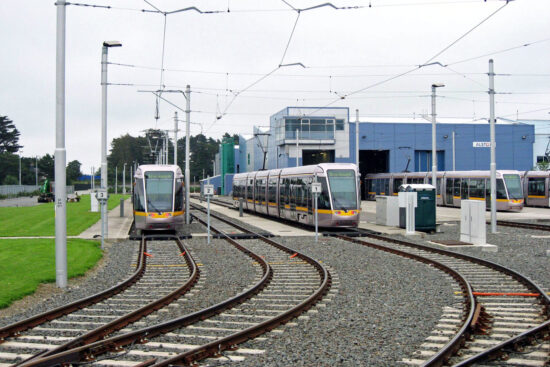 And then in this second image we look at the other end of the depot with a view northbound. 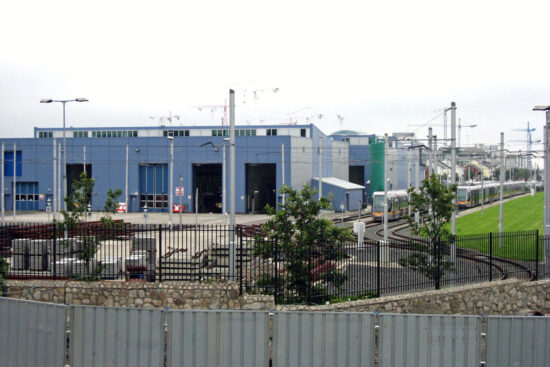