In Pictures: West Midlands Metro gets its own Pride Tram

We have seen over the past few years that Manchester Metrolink often gets a Pride Tram to coincide with the Pride event in the city. And now following in Metrolink’s footsteps is the West Midlands Metro with Urbos3 35 receiving some rainbow stripes in the windows of the end section.

Birmingham Pride took place over the weekend of 25th and 26th September and it is presumed that the rainbow stripes were added ahead of the event. It remains to be seen whether they remain in place full-time or it becomes an addition just to cover Pride with different designs seen each year. 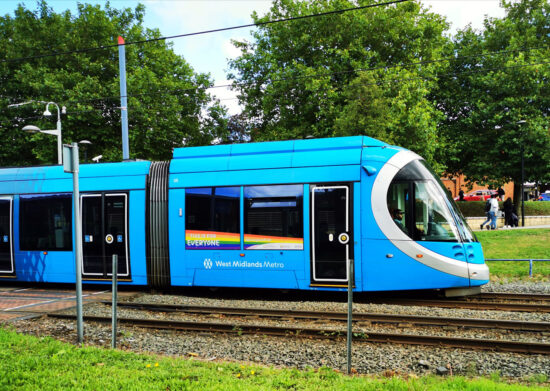 35 is seen here just leaving West Bromwich Central with its Pride Rainbow stripes in the lower section of the windows. (Photograph by Andy Walters, 29th September 2021)