Posted on Tuesday 14 September 2021 by Gareth Prior

Its now been seven weeks since West Midlands Metro services through Birmingham City Centre were suspended to allow for the installation for the new delta junction linking the current line to the Eastside extension as well as the track relay along Corporation Street and into Stephenson Street where the Grand Central stop is located. During this time excellent progress has been made and all the pre-cast concrete units are now in place with work now underway on the welding of the track and the pouring of the concrete.

As we mention in most of these photo updates from the work the delta junction (Midland Metro Alliance who complete the extension works on behalf of Transport for West Midlands have now officially called it  delta junction in update publicity)  is being installed now ahead of time so it is in place for when the Eastside extension opens. There is currently no planned opening date of this extension as it will be tied into HS2 works at the new Curzon Street station but putting the junction in now “future-proofs” the line and will hopefully mean less disruption ahead of when it does open.

The 1.7km extension will diverge from the current city centre line at the Bull Street/Corporation Street junction and run to High Street Deritend. There will be four new stops built and these will serve both Curzon Street HS2 station and Birmingham Coach Station. When open it is expected that at peak times there will be a tram every six minutes, although its not clear where they will run from – especially considering the delta junction being installed will allow trams from the both the Wolverhampton and Edgbaston directions to run onto the line.  (A map of the route and more details are available on the Midland Metro Alliance website at https://metroalliance.co.uk/projects/birmingham-eastside-extension/).

In addition to the construction of the junction the opportunity is being taken during this closure to relay the tracks along Corporation Street to ensure that this doesn’t have to be closed again in a few years.

West Midlands Metro services are currently only running as far as Bull Street from Wolverhampton St George’s to allow this work to take place. This closure has been in place since 24th July and is scheduled to be the case until “at least October”. But hopefully the progress seen in these photos means it won’t be extended beyond that. 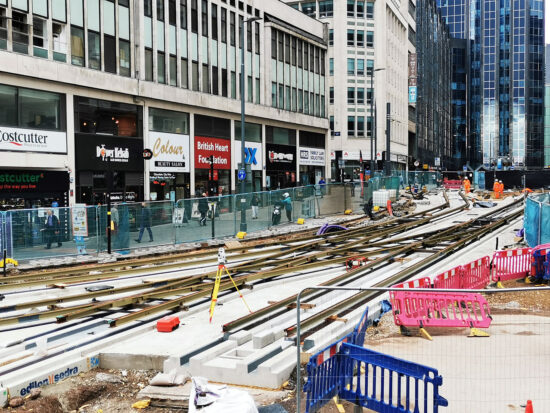 In this first image we are looking up Bull Street towards the stop (and current terminus of the line from Wolverhampton). The line to Grand Central and Library (and Edgbaston by the end of the year) is seen curving to the left while the Eastside line will carry on past the photographer. The pre-cast concrete sections where the track will be laid can be seen in the foreground. 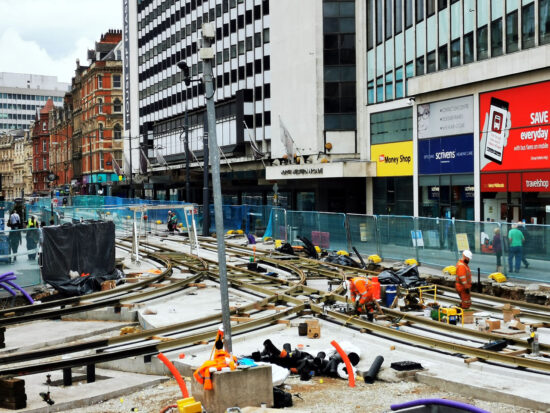 Still standing at Eastside section this time we have turned round to look along Corporation Street (towards Grand Central). The track curving to the left will go onto the extension while that which we see just going right is the current line to Bull Street stop. 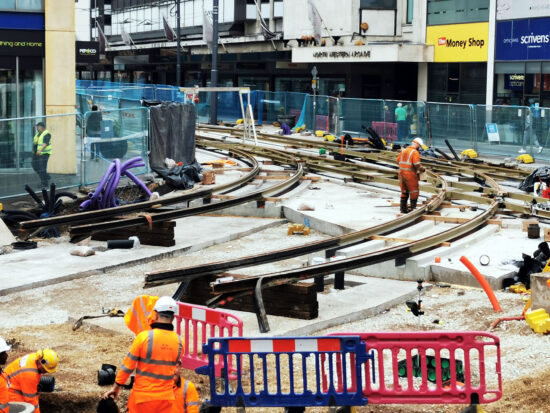 A closer view of the track curving from Corporation Street onto the Eastside extension. 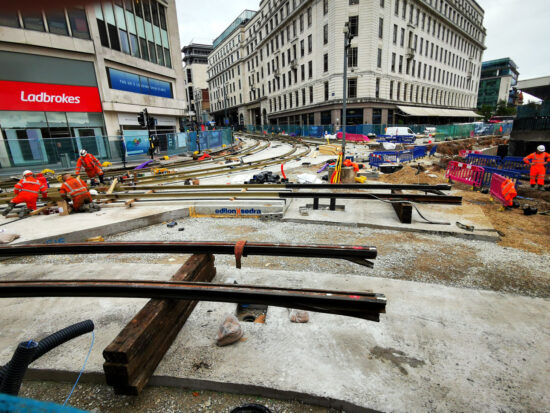 This view is looking to the current line on Bull Street. In the foreground is the part of the junction from Corporation Street (with track currently rested on sleepers). 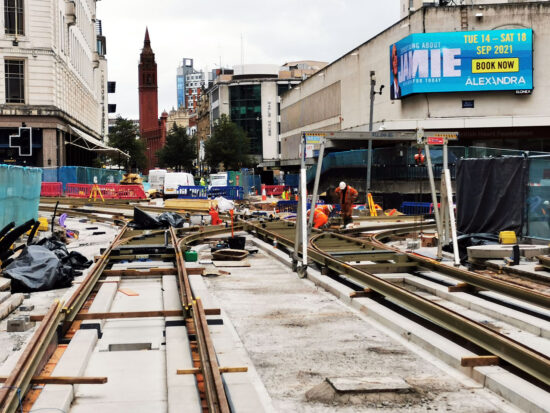 Now standing on Corporation Street in this view the Eastside extension goes to the right. Track still needs to be welded into position. 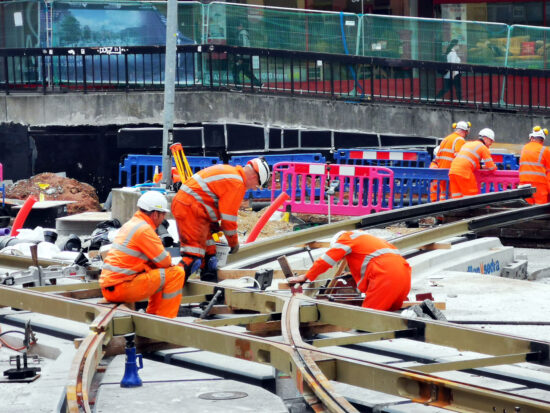 The track is carefully put into place for the line heading onto the extension. Again taken from Corporation Street. (Photographs x6 by Andy Walters, 10th September 2021) 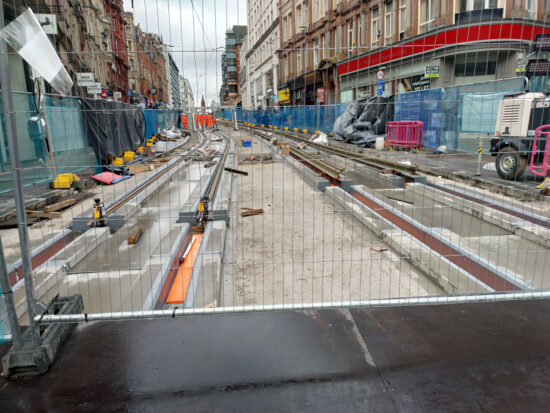 Further along Corporation Street and this view shows some of the progress being made on the track relay here. The section closest to the camera still waits for the new rail but further along the track is down. 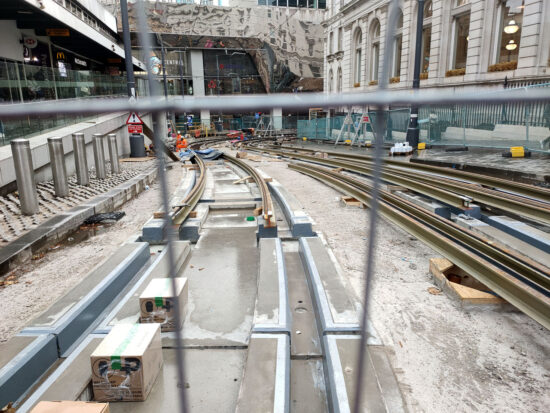 Looking towards Grand Central (the stop is just around the corner to the right) and work here seems to be at a slightly earlier stage but preparations are in hand for the new track to be laid. (Photographs x2 by Mark Cufflin, 10th September 2021)