Posted on Saturday 7 August 2021 by Gareth Prior

We are now into the second week of the track renewal works in Birmingham City Centre which is seeing the tracks from Bull Street and into Corporation Street relaid. Although not necessarily required at the moment the decision was taken to relay the track whilst the line was already closed to allow the Birmingham Eastside junction at Lower Street to be installed and thus prevent a future closure. In this small pictorial update we see the scene along Corporation Street on 5th August with images coming from Andy Walters. 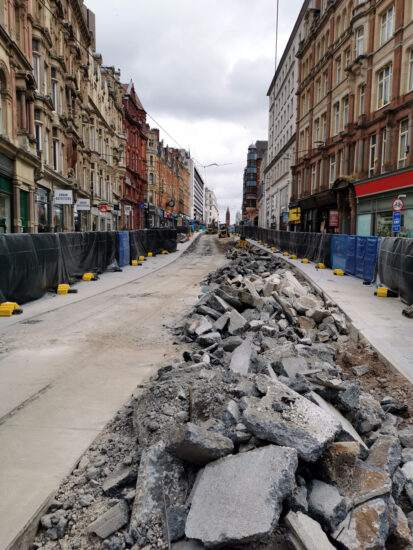 Looking along Corporation Street and the right hand track has been removed as has the surface. 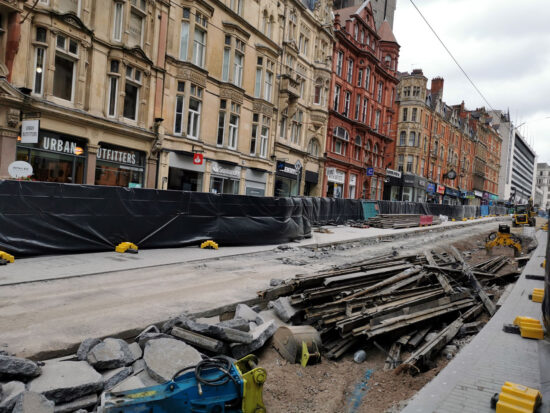 Removed rails have been cut into smaller sections on the right here. 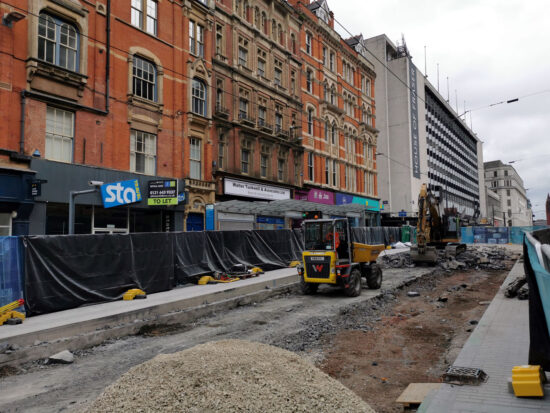 On the way down to Grand Central and this area is at a more advanced stage with the track base being prepared again for new track. 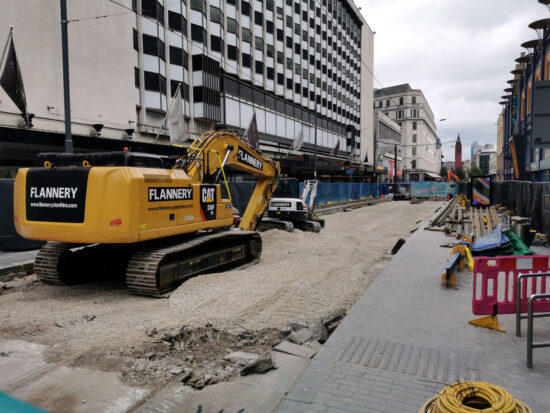 Another scene of the track base being smoothed down. 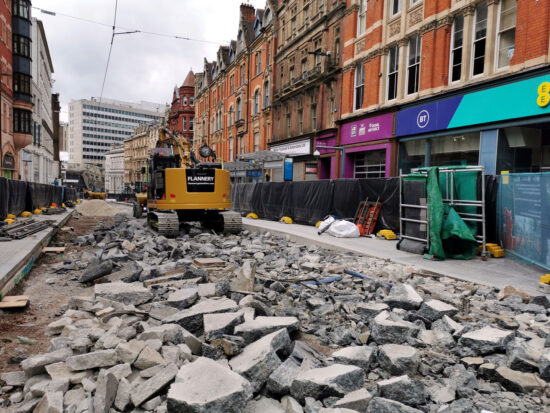 Whereas this photo is a bit of a mess showing the rubble from where the concrete has been removed. (All Photographs by Andy Walters, 5th August 2021)