In Pictures: Trams return to service in Blackpool

After eight days with no trams as a result of the essential trackworks taking place, a service resumed on the Blackpool Tramway on Monday 22nd February. Currently planned to be running until the end of Saturday 27th February, trams are running between Harrow Place and Cabin only with the no. 1 bus service continuing to run to an enhanced timetable to allow passengers to complete their journeys. Trams are operating every 20 minutes for most of the day (every half hour in the early mornings and evenings).

While a tram service is now running again its operation was delayed by 24 hours as work on the tramway overran which meant it wasn’t possible to resume services on Sunday 21st February as originally planned. Work is also continuing on the remainder of the tramway this week, with some work due to take place at Starr Gate as well as on the section north of Cabin. A full service is due to recommence from Sunday 28th February subject to any further overrun. 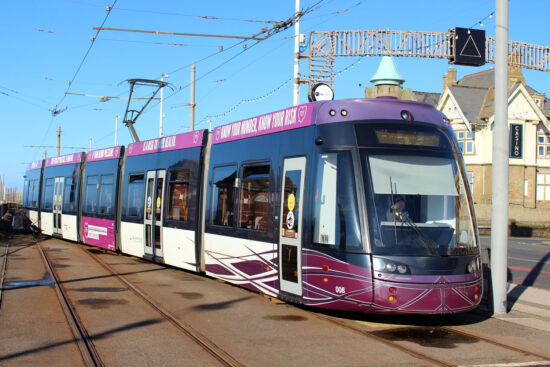 With trams terminating at Cabin they are having to use the crossover to return south. In a relatively rare move for the Flexity trams (although certainly not unheard of when specials run) 008 is seen completing the move as it prepares to return south. 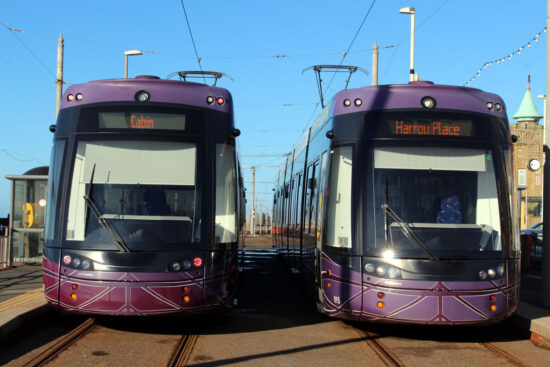 Two trams pause at Cabin showing off their unusual destinations. 008 on the left has terminated at the stop while 015 is poised to depart for Harrow Place. (Both Photographs by Tony Armitage, 22nd February 2021)