Whatever Happened To? Midland Metro 15

Posted on Tuesday 23 February 2021 by Gareth Prior

Today “Whatever Happened To?” is again taking a look at one of the original Midland Metro T69s.

We have now reached the penultimate of the trams – no. 15. It was the other tram which arrived on 11th November 1998 (along with the last tram featured in this series, 14) but was not complete and required some fitting out in the West Midlands. Delivered in the standard fleet livery it would enter service in 1999 and would stay operational until September 2014 when it was taken out of service, one of two trams to run its last during that month (07 being the other).

It was 15th October 2014 that Allely’s would turn up to take 15 away to Long Marston and it would then stay there until 2018. As with most of the fleet it was sold to Booth’s for scrapping and by the middle of 2018 it was no more having been scrapped. 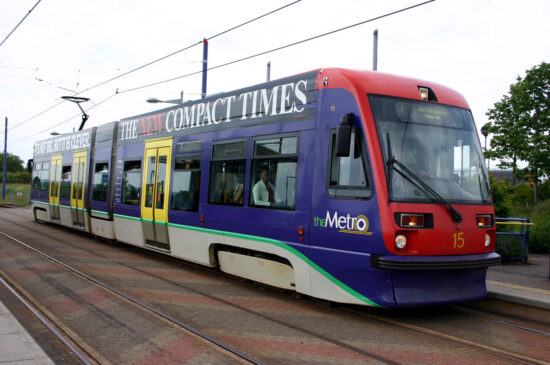 During its operational career 15 is caught at Wednesbury Parkway on the way to Birmingham Snow Hill on 10th June 2005. (Photograph by Gareth Prior) 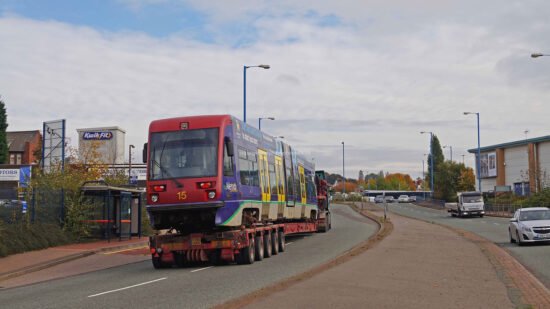 15th October 2014 and 15 says goodbye to Wednesbury as Allely’s do the honour of taking it away to Long Marston. (Photograph by Andy Walters)

6 Responses to Whatever Happened To? Midland Metro 15