In Pictures: Update from the old Wilko’s site in Blackpool

Its been over a month since the last parts of the old Wilko’s store in Blackpool was demolished and with it being raised to the ground there hasn’t been a lot to show of progress towards preparing the site for the construction of the new tram terminus and a hotel. In fact that pictorial update could really be any building site in the country with lots of rubble awaiting removal ahead of the real construction work getting underway. Photos courtesy of Tony Armitage. 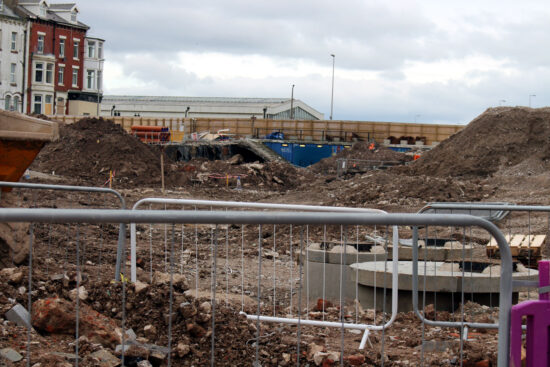 The top of Blackpool North Railway Station can be seen in the distance of this photo which is taken from roughly the old entrance to the store. 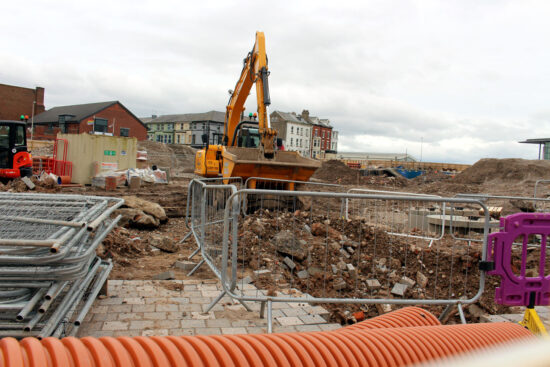 Another shot of the site, this time a bit further around the old building showing one of the diggers being used to clear the rubble. (Both Photographs by Tony Armitage, 30th January 2021)