Posted on Monday 25 January 2021 by Gareth Prior

For the next few editions of our Blackpool “Picture in Time” series of photos we are taking a look at some of the works vehicles which have served the system over the years and we start off with a tram now preserved although one which has been out of the public eye for some time.

Works trams often have that source of mystery as they often worked on their home tramways overnight meaning many people would not get to see them in action. Over the years the Blackpool Tramway have had a number of purpose built – and rebuit from other trams too! – works vehicles which have been used including two Railgrinders – both of which are now preserved. The first was introduced in the 1920s and has now found its way to the Heaton Park Tramway with the second, now stored at Clay Cross for the Tramway Museum Society, being introduced in 1935. The second of these was withdrawn in 1965 before moving to Crich while the Heaton Park example carried on until 2004 before it was preserved in Manchester four years later.

In these two below images, dated as taken in 1971, we see the Railgrinder in the depot yard at Blackpool in between duties. It was painted in an all green livery at this time. 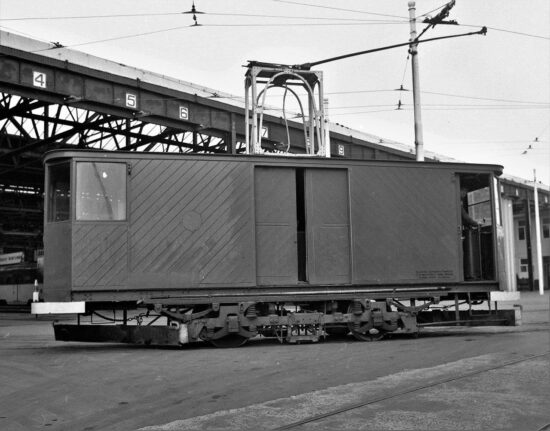 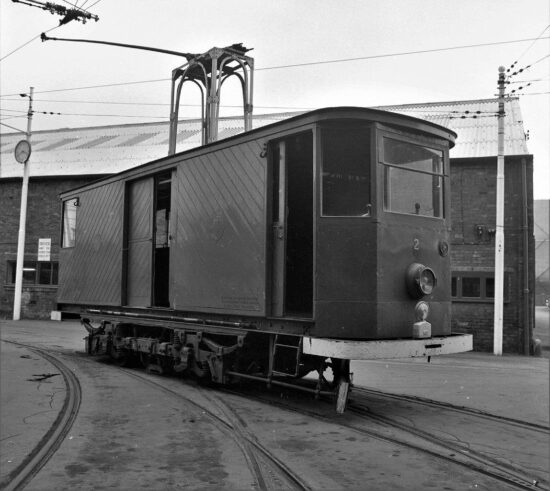