Posted on Wednesday 25 November 2020 by Gareth Prior

Its more a case of “Still Stood but don’t anymore” this week as the feature of this article was in place a couple of months ago but has since been removed! Here we see some track from Liverpool Corporation Tramways which was still there and wasn’t even hidden by the road surface!

The rails seen in the below photos wereon the East Lancashire Road immediately under the M57 and were part of the route to Kirkby which last saw trams on 3rd November 1956. There were some short sections of rail remaining on a bridge which took the trams over a small stream but there was no display to say what they or were.  However, with a new cycle way being constructed here the rails have been removed as the rails were not not exactly conducive to cycling. Sadly, these were believed to be the last remaining Liverpool Corporation Tramways rails still visible (although there are still some buried under the road surface). Despite the fact they have gone now we feature them below for one last time. 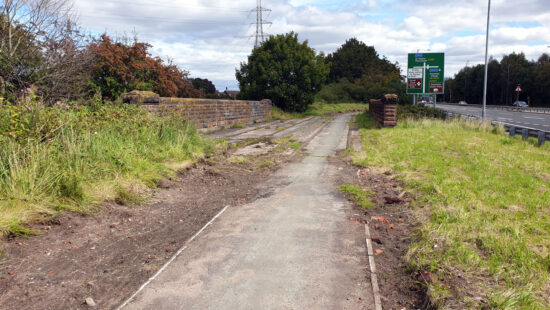 A wide view of the area with the track visible in the centre of the shot. 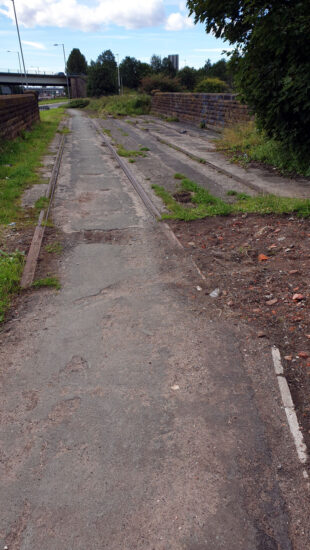 There can be no doubt in this image that they are definitely tram tracks which despite some attempt at improving the surface over the bridge still steadfastly refuse to go away. (Both Photographs by Dave Jones)