In this edition of “Picture in Time” we are again travelling to Manchester Metrolink for an early image, taken before public services had even begun.

In this view we see T68 1006 on 14th January 1992, almost three months before services would begin for the public. The destination blind has been turned to “Special” and the driver is in his hi-vis jacket possibly signifying that this is a test run rather than driver training. If you zoom in to this image as well you may be able to make out that all of the seating still has protective plastic sheeting over it. By the time this photo was taken 1006 had only been in the UK for a few weeks having been delivered as a late Christmas present on 29th December 1991.

This location is Whitefield as we see the tram in two images. 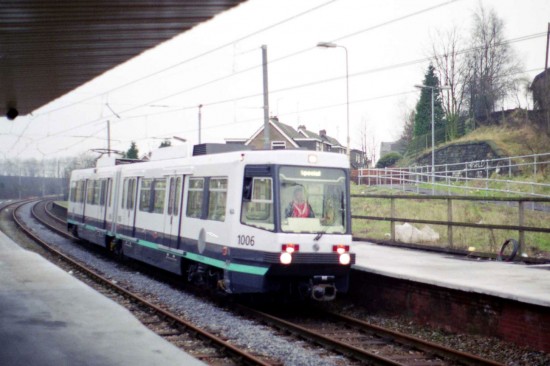 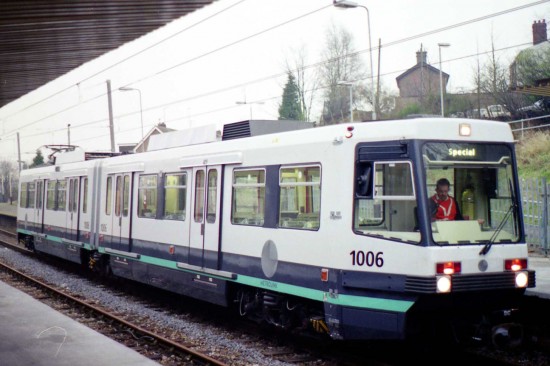