For the first time since external commercial advertising has been applied to the Urbos3 trams on the West Midlands Metro there has been a change of commercial adverts with 24 losing its OLA vinyls in favour of a new contract for Resorts World next to Birmingham International Railway Station. The new adverts were first seen on the tram during Friday 28th February 2020.

Resorts World is an entertainment and shopping complex adjacent to Birmingham International which includes the largest casino in the UK and a cinema including IMAX screen. Whilst not connected to the West Midlands Metro yet its just a short trip on the train from Birmingham New Street which is accessible from the tramstop at Grand Central.

The new advert features a purpley/pink background and as has become the norm includes a full height advert on the centre car and above window ads for the rest of the tram. The tram is, of course, in the standard blue West Midlands Metro livery. 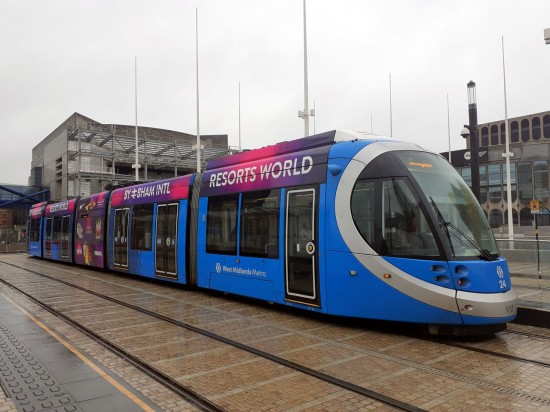 The new look for 24 is seen at Library. 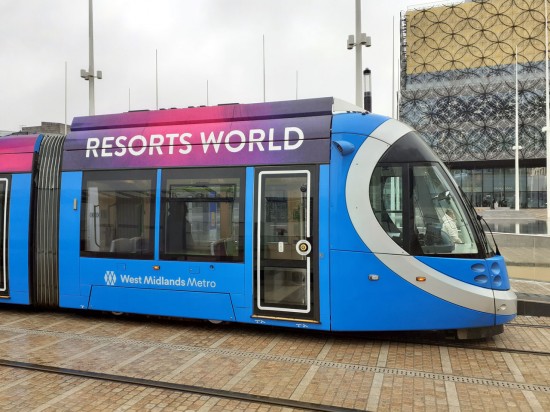 A close-up of one end of the tram showing Resorts World wording. 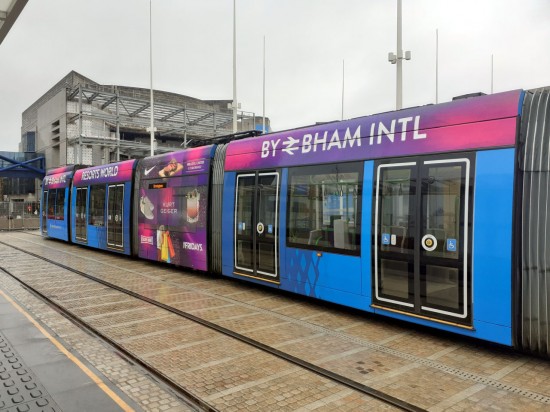 Again looking at some of the detail of the advert, including the full height centre advert and the “By Bham Intl” (complete with BR arrows) wording. (Photographs x3 by Andy Walters, 28th February 2020) 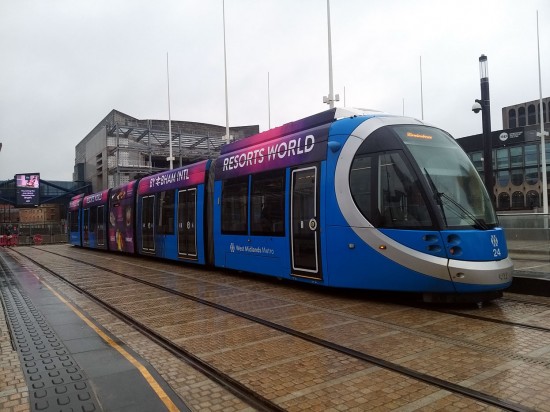 Another look at 24 as it stands at Library. (Photograph by Mark Cufflin, 28th February 2020)