Posted on Sunday 23 February 2020 by Gareth Prior

As we continue our archive look at Croydon Tramlink we head back to before any trams had run into central Croydon – mainly because the tracks hadn’t been laid yet!

This photo was taken on 4th October 1998 and shows the scene at the junction of Church Street (straight ahead) and Tamworth Road (leading to the left as we see it). Taken from the Roman Way flyover this is what would eventually become the junction between trams continuing on to Wimbledon and those which are just heading around the central Croydon loop with a single line leading from Church Street for either routing. A double track route comes from the bottom of the image with the one-direction stop at Reeves Corner to the left bottom of the image. The path of the new tracks can be also be seen. 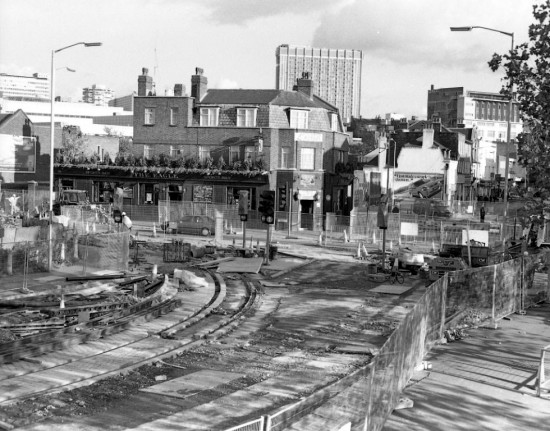