Posted on Friday 21 February 2020 by Gareth Prior

No sooner had we reported on the first daylight testing of 27 complete with batteries on the West Midlands Metro than it was operating in passenger service! It was first allocated to service as a peak time extra on Wednesday 19th February and this was to be the first time it was to operate in public service since its batteries had been fitted.

27’s tests the day before were obviously considered a success as it was cleared for service less than 24 hours later and Wednesday 19th February would end up being the first time that the tram would be able to travel in service up to Library on the new Westside extension, which of course has been built without any overhead wires.

This is the twentieth tram to return to service with batteries and leaves just 26 to go. Work on this tram has now begun with it expected to enter service in the coming weeks. 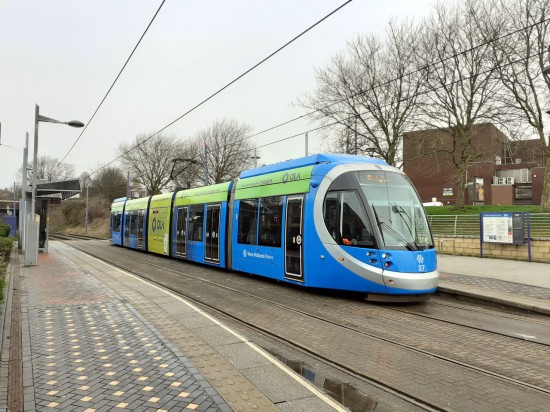 27 calls at West Bromwich Central on its way to Library. 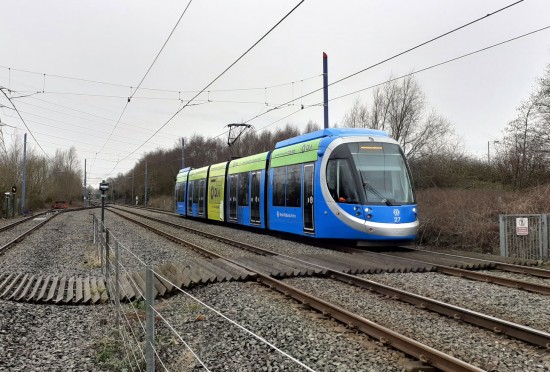 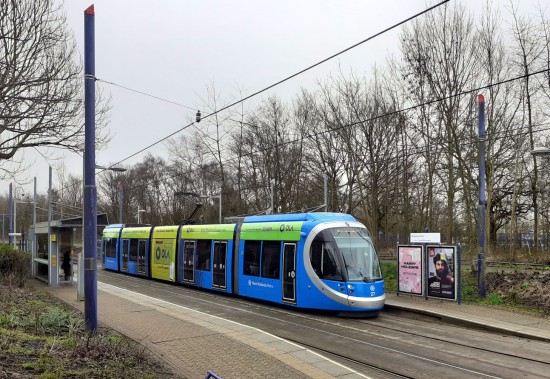 Kenrick Park is the location of this shot as it heads back north. (All Photographs by Andy Walters, 19th February 2020)