Posted on Wednesday 19 February 2020 by Gareth Prior

Whilst much of the UK has been hit by Storms Ciara and Dennis, the northeast of England seems to have avoided a lot of the worst of the weather and while still cold that has meant that with the year’s first school holidays upon us the perfect family day trip is to Beamish. Most of the times we have featured it so far in 2020 we have seen either a one or a two tram service but on Sunday 16th February there was a three tram service for visitors and this included Oporto 196 ahead of its withdrawal from service awaiting overhaul.

Before we take a look at those three trams in service it has recently been announced that 803,148 visitors were recorded at Beamish during 2019 – the first time the museum has recorded over 800,000 visitors since opening 50 years again in 1970. The continuing and increasing success of the museum cannot be underestimated and these figures are a testament to that and anyone who has visited in recent times probably won’t be too surprised by those numbers!

Back to 16th February and the three trams in service were Sunderland 16 and Oporto 196 clockwise and Sheffield 264 anti-clockwise. With it still being mid-February the two other trams in the fleet (Blackpool 31 and Newcastle 114) were confined to depot. Three buses were also in service. 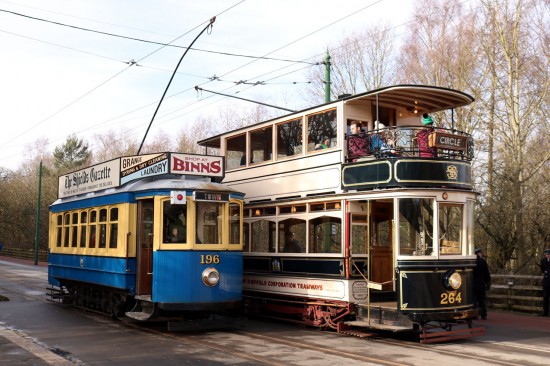 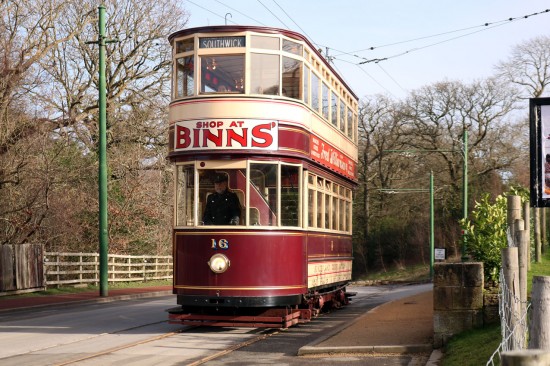 The third tram in service, Sunderland 16, approaches the Entrance from Pockerley. 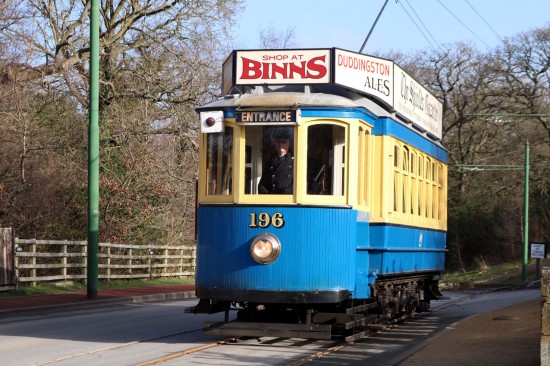 Another look at Oporto 196 as it too approaches the Entrance. (All Photographs by Trevor Hall, 16th December 2020)