In Pictures: 27 starts testing with batteries

Posted on Tuesday 18 February 2020 by Gareth Prior

After just over two months with no new battery fitted trams being completed on the West Midlands Metro we are about to see the 20th of the 21 strong class of Urbos3 trams return to service so fitted with 27 having now started testing on the mainline.

27’s first daylight mainline runs with batteries took place on Tuesday 18th February with it undertaking a few test runs along the tramway. Its first actual runs took place overnight on 6th/7th February as part of the commisioning and testing process. The tram retains its adverts for OLA and has been fully completed in blue as the battery compartments have also received the vinyls. Of note, is that 24, 25 and 32 retain the white battery covers at the time of writing.

With 27 now completed with batteries – albeit not in service as yet – this leaves just 26 to go and that is now poised to join the ranks as it has been withdrawn from service for this work to take place. It had been used on a limited basis since the extension to Library had opened as it could only run as far as Grand Central (no overhead any further!) with its final use on Tuesday 11th February.

Long-term absentee 31 also remains out of action, although works to prepare this for a return are still ongoing. You may recall that 31 suffered accident damage in a collision in Wolverhampton last summer. 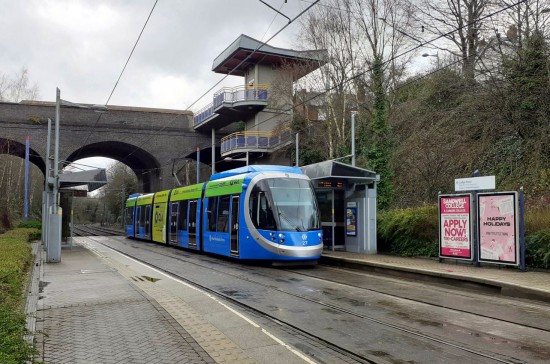 27 passes Lodge Road with a test run towards Birmingham. 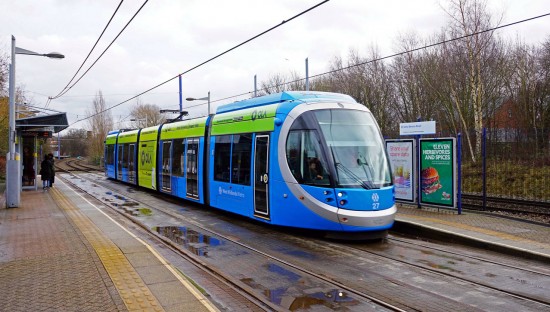 Another shot of 27 as it returns towards Wednesbury through Soho Benson Road. (Both Photographs by Andy Walters, 18th February 2020)