Posted on Thursday 16 January 2020 by Gareth Prior

Over the years we’ve become used to old tram track being uncovered in various roadworks across the country, still in their original position having just had concrete poured over them once the tramway had been abandoned but some recent tram track discovered is a little different!

As we have widely reported already on this website, work is now underway of the first stages of extending Edinburgh Trams to Newhaven via Leith Walk and this has involved excavating the road surface in preparation. Shortly before Christmas in the process of this work some track was found but it was not track which had been left in situ upon the abandonment of the tramway in 1956.

Instead they had been removed at the time and then cut into shorter sections and then placed back in the road and used as crossbracing in the road foundation to aid strength – and have only now been rediscovered! 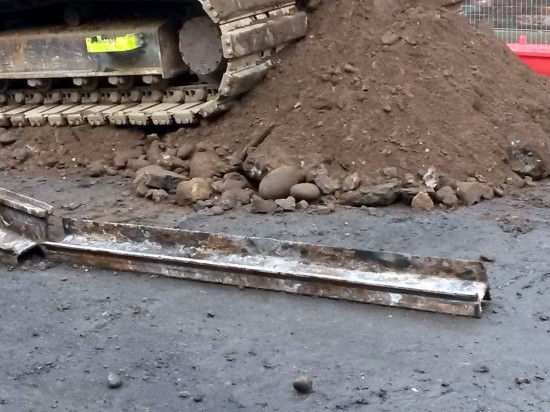 Some of the now removed short sections of track. 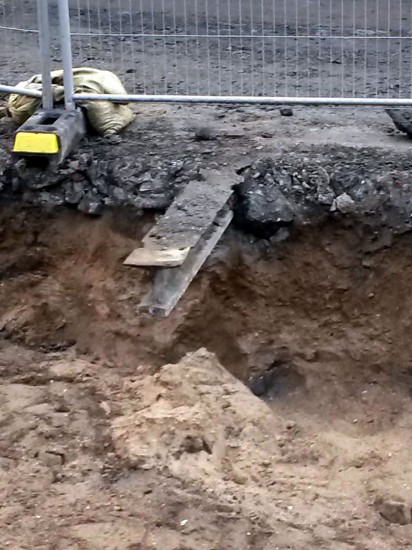 Here we see some track still in place before removal on Constitution Street. (Both Photographs by John Hampton)