Posted on Sunday 22 December 2019 by Gareth Prior

For the second – and final time – in this series we are off to Seaton to take a look at one of 2’9” gauge trams which run on this popular tramway. This time its no. 10 the focus of our attention.

Ever since entering service no.10 has been running in this Glasgow inspired livery, making it an obvious tram to spot on its approach. As one of the three larger trams built for the tramway at the turn of the century it is well used during the main summer season.

And it was out on the day of our visit for 2019, 14th September. In the below image we see 10 using the trolley reverser at Colyton as it prepares to return to Seaton. 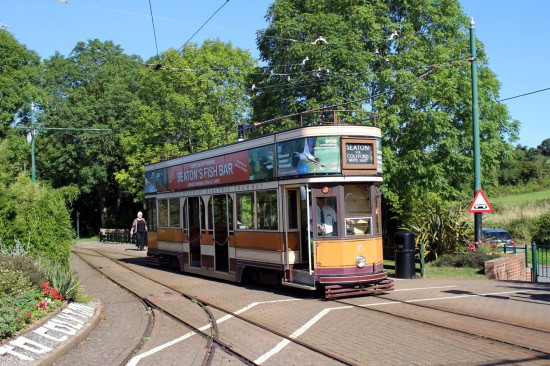 And then through the undergrowth on the section of line which winds around Tesco and the new housing development – the former holiday camp site – 10 is off back to Colyton. 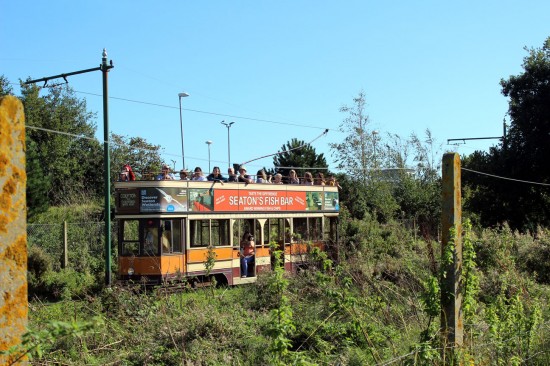