Posted on Sunday 22 December 2019 by Gareth Prior

Our 2004 photo shows 207 at Royal Centre as it arrives at the stop on the way to Phoenix Park on 10th March 2004. The tram was in the standard fleet livery at this time and also included adverts all the way along the above window section with several different companies keen on advertising on the all new tram system. 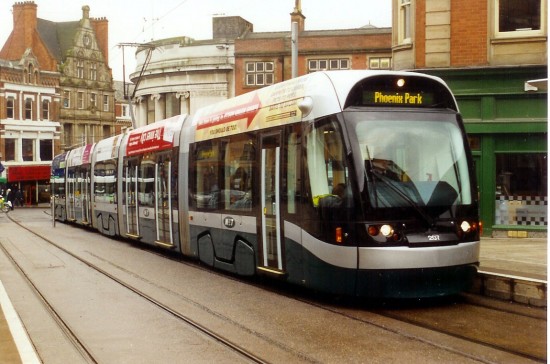 Into 2019 and 207 has seen a relivery into the second (of three) fleet liveries carried on the Incentro trams along with an advert on the centre car. Of note as regards adverts is although the centre car has one and there is a yellow band above the windows for more advertising this has been left blank. The tram is at Southchurch Drive North on 23rd September 2019. 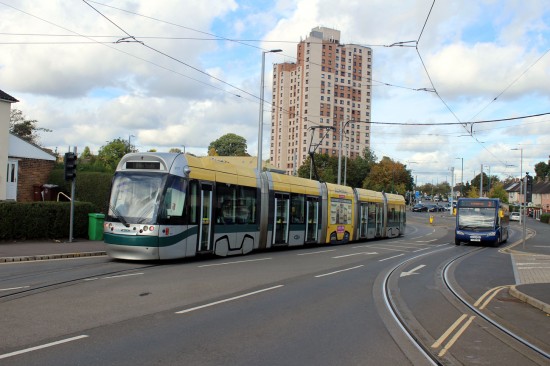