In Pictures: Christmas comes to the mock-up at Edinburgh Airport

We’ve already seen that Edinburgh Trams 269 has received vinyl antlers and has been named Cupid for Christmas but its not the only “tram” to go all festive as the mock-up at Edinburgh Airport – still in use as the tram lounge – has also been named whilst receiving some additional Christmas touches.

The mock-up has been named Rudolph and as we all know Rudolph was a red nosed reindeer so that’s exactly what he’s got – a red nose! He has also got stick on antlers too. Sure to get you in the festive mood! 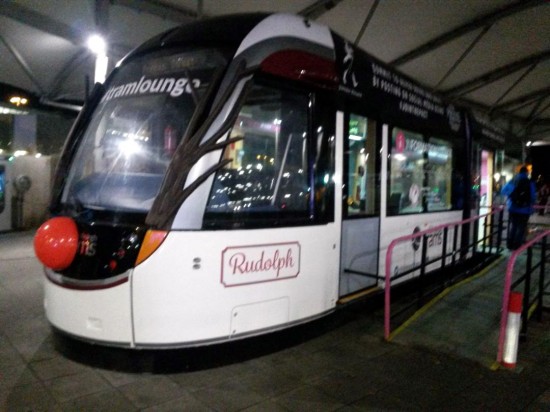 The mock-up with red nose, name and “real” antlers! 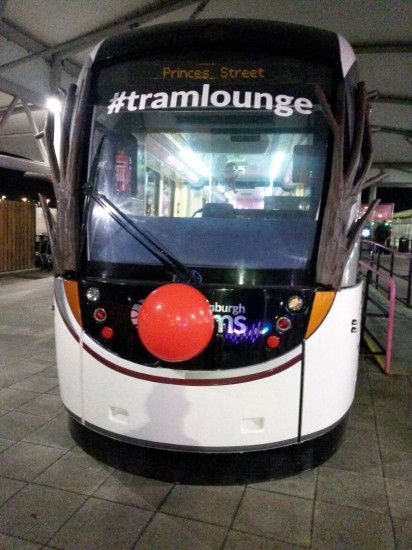 Head-on shot of the mock-up. (Both Photographs by John Hampton)